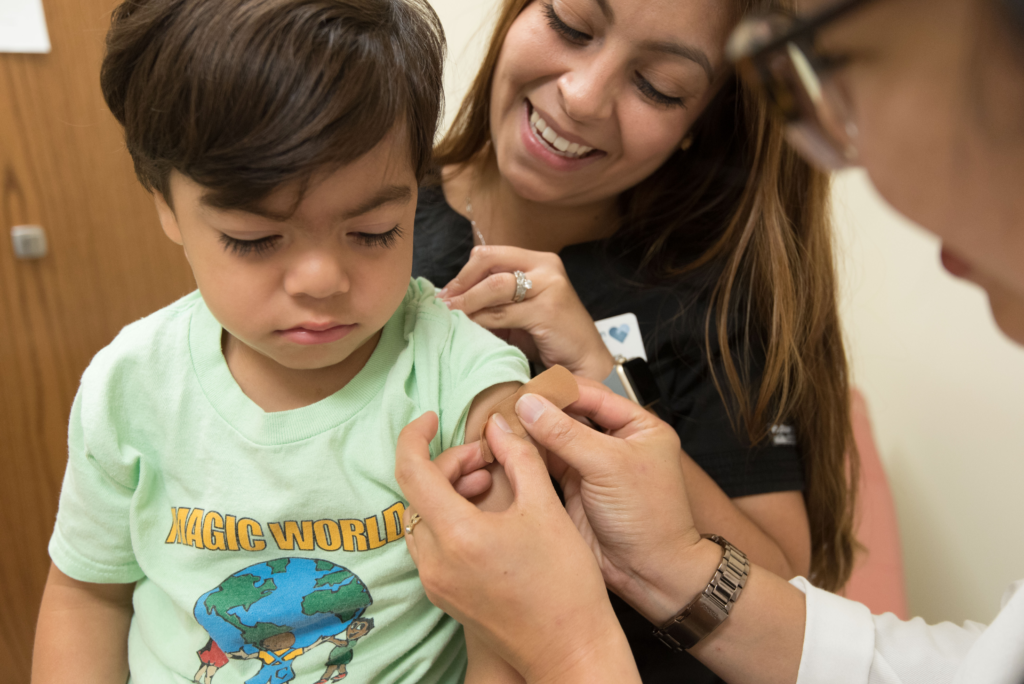 ATLANTA — Georgia’s Supreme Court considered Thursday whether children in temporary custody can receive routine vaccinations over their parents’ objections, though recent changes in state policy may render the case moot.

The state’s Department of Human Services (DHS), which oversees child welfare and foster care, issued a memo on June 1 directing employees not to vaccinate children in temporary care if their parents have sincere religious objections.

In 2021, the state removed three children from their parents’ custody due to severe physical abuse by the father.

The withdrawal was temporary, with a plan in place to eventually reunite the family after the parents met certain requirements.

The juvenile court denied this request, which led to the appeal to the Supreme Court.

This case was about whether the rights of parents extended further to the point that they could direct the medical or religious aspects of their children’s lives even after the children had been removed from custody.

“If the state does certain things to protect the best interests of the child that… for others it can have a very important religious overlay [such as immunization]: This collision is the reason we are here,” Judge Sarah Hawkins Warren said.

Although the removal from custody was only temporary, the vaccinations are irreversible, argued the parents’ lawyer, David Hume.

“If children are vaccinated… over the religious objections of parents, then that right will be lost forever,” Hume added.

But once children have been removed from their parents’ custody, parents retain very limited rights to decide what is in the best interests of the children, Stephen Petrany, Georgia’s solicitor general, argued at the time. name of the Department of Social Services, which oversees foster care.

“Parents were deemed unfit because their children were being abused,” Petrany said. “Parental rights, [religious] the right to freedom…depends on the condition of their parents.

“DFCS (The Georgia Division of Family and Children Services) and the juvenile court must follow their perspective on the best interests of the child.”

In this case, it would amount to providing children with their routine childhood vaccinations, Petrany said.

DHS Commissioner Candice Broce sent a memo to DFCS employees on June 1 instructing them not to vaccinate any child in temporary care if the child’s parents have a sincere religious objection.

Similarly, DFCS cannot order foster parents and other caregivers of children in custody to vaccinate their own children if they have sincere religious beliefs that oppose it, according to the memo. said.

Petrany, the DHS attorney, said the agency’s recent policy change was not due to the dispute in the case.

Thursday marked David Nahmias’ last day of hearing as Chief Justice. Nahmias will step down on July 17 and Michael Boggs will take over as chief justice.

The court will then reconvene to hear oral argument on August 23.

This story is available through a news partnership with Capitol Beat News Service, a project of the Georgia Press Educational Foundation.

The Charter: the Catholic Church takes an important step