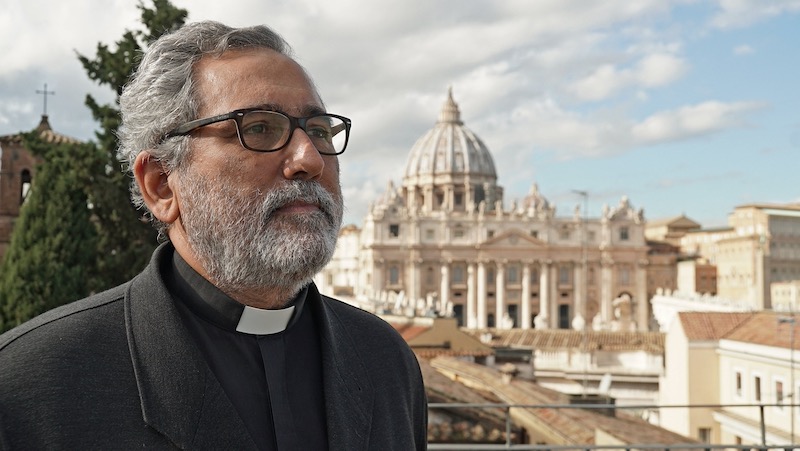 Jesuit Father Juan Antonio Guerrero Alves, Prefect of the Secretariat for the Economy.

The Catholic Church’s finance chief has warned that “a very uncertain period lies ahead” for the Vatican’s financial health, despite progress in reducing the church’s budget deficit.

Father Juan Antonio Guerrero, prefect of the Vatican’s economics secretariat, said Pope Francis’ reforms to the Vatican’s financial and investment policies contributed to the deficit reduction detailed in the 2021 financial statements released today. the. However, expenses continued to grow while revenues declined.

“There is no doubt that you cannot act on spending alone by reducing it,” he said. “There will come a time when they can no longer be reduced without compromising the mission, so we are also working on ways to increase revenue.” In short, Fr. Guerrero said, “the Pope’s mission is underfunded.”

The Vatican’s deficit fell to just over 3 million euros last year. Assets increased from 2.2 billion to 3.9 billion euros. But in recent years, the Vatican has struggled with dwindling donations while financial scandals have cost the Holy See millions and curtailed donations from Catholics around the world.

Meanwhile, the Vatican is set to face trial in English courts for the first time in its history, following a July 26 ruling by the Court of Appeal, the highest court in the superior courts of England and Wales.

Vatican lawyers have failed in their bid to prevent English judges from examining the major London property at the center of the Vatican’s ongoing ‘trial of the century’. They tried to argue that the English courts should not rule on the Vatican’s £124million investment in the property at 60 Sloane Avenue, a former Harrods warehouse in Chelsea that was intended to be converted into luxury apartments .

The Vatican says Raffaele Mincione, a British financier, committed fraud by inflating the price when his companies sold the property in 2018. His prosecutors have charged Mr Mincione and 10 others with offenses of fraud, embezzlement and abuse of power. However, Mr Mincione maintains that he did nothing wrong and that the valuation of the property by independent experts was appropriate. He claims the Vatican has never disclosed evidence showing he lost money or of his alleged wrongdoing and is seeking to file a civil suit to protect his reputation after he suffered ‘damage’ as a result of the allegations.

The Catholic Church hasn’t been ‘a great source of hope’ lately, bishop admits