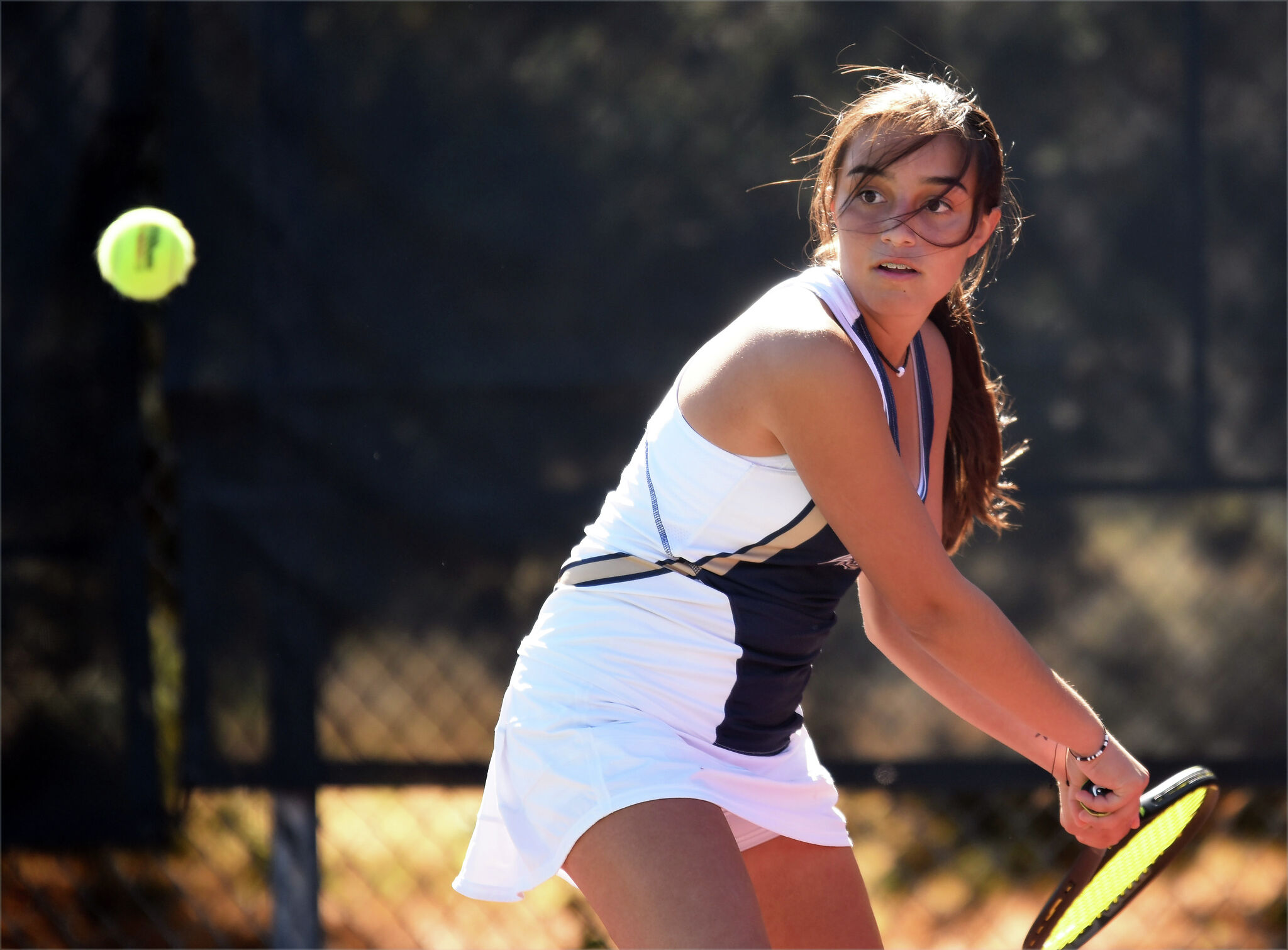 Kennedi Taylor and Natalie Beck are heading to the Class 1A State Tournament.

Freshmen at Father McGivney made program history on Friday by earning a top-four spot in doubles at the Class 1A Triad Section to earn the team’s first appearance at the upcoming tournament. ‘State. Taylor and Beck ultimately finished third in the section on Saturday.

“I don’t think I’ve fully processed it yet, so I’m still a bit in shock,” Taylor said. “It’s really cool, though.”

It was the highlight of the tournament for the Griffins, who are in their first year as a college tennis program.

Triad swept the section, placing first and second in singles and doubles, to win with 36 points. Althoff Catholic was second with 15 points and Civic Memorial third with 12 points.

“It’s all exciting. We had a few close matches with some of the other girls. Getting entry into the state tournament is exciting for the program and something to look forward to,” said FMCHS Coach Callaghan Adams.

Taylor and Beck opened the tournament with a 6-0, 6-0 win over East Alton-Wood River’s Emalee Evers and Eeriell Sorgea. They then clinched their berth in the state tournament with a 6-1, 6-0 victory over Emma Smith and Civic Memorial’s Emma Davis in Friday’s quarterfinals.

“It’s super exciting, especially since it’s a freshman program and we’re the first two to do it. It’s really cool,” Beck said. “We were really excited on Friday. Knowing that we are going to declare is really great.

Team FMCHS bounced back with a 6-1, 6-2 win over Althoff’s Natalie Moody and Molly Lanter in the third place match.

“Finishing third and going to State is really great. Hopefully we can do some damage up there,” Beck said.

Teams of Saffel and Burton and Karen Speer and Sami Harloin and Althoff of Moody and Lanter also qualified for the state doubles tournament.

Taylor and Beck are the only freshmen to qualify for the state tournament outside of the Triad section.

“I think it’s really cool because we’re not as old as all the other girls and we’re going to experience the state tournament as freshmen,” Taylor said.

Father McGivney’s Lily Forneris narrowly missed qualifying for the state tournament. She went 1-1 with a 6-0, 6-0 loss to section champion Carmody in the quarter-finals.

Metro-East Lutheran’s Macy Ranbarger won his opener before losing 6-2, 7-5 in the quarter-finals to Tinsley.

The Class 1A state tournament will begin Thursday and continue through Saturday at multiple venues in suburban Chicago. The program will be released later this week.