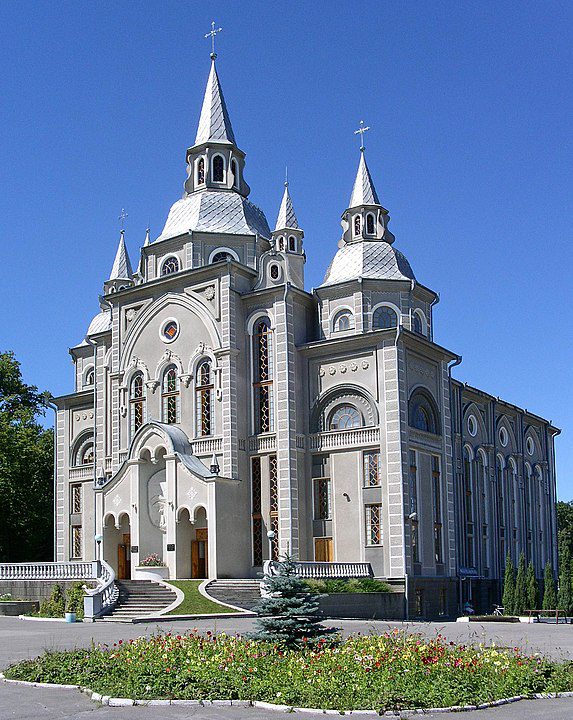 What do American evangelicals think of the Russian invasion of Ukraine? You might expect American Christians most sympathetic to Donald Trump to agree with the former president. admiration often expressed for Vladimir Putin. Or given how often they watch Fox Newsyou might assume they would repeat Tucker Carlson’s Kremlin Ready Talking Points.

But on the whole, American evangelicals seem at least as horrified as most other people around the world by the Ukraine invasion. Maybe more.

For over a month now, my social media timeline has been filled with evangelical friends and family adding Ukrainian flags to their profile pictures, condemning Putin, and supporting strong action against Russia. This corresponds to a Washington Post survey that found that white evangelicals were virtually identical to the general American population in its response to the crisis: 80% said that Russia was either hostile to the United States or the “enemy” of our country; 68% supported the sanctions – six points higher than the Republican number. These Christians may be more critical than most Americans of our Democratic president’s handling of the crisis, but they share his fundamental antipathy toward the Russian invasion and the autocrat who orchestrated it.

Why? Although I generally favor the argument that evangelicalism is now defined as much by politics and culture as by theology, the evangelical affinity for Ukraine probably stems from religious causes: a strong sense of Christian community transnational partnership forged through years of partnership in missions and ministry.

At least that’s what I’ve found in the recent history of the Evangelical Baptist denomination that sponsors my college.

“We must listen to our brothers and sisters in Eastern Europe to learn what it means to live in a totalitarian state,” wrote Denton Lotz, secretary general of the Baptist World Alliance, after the collapse of the Soviet Union in 1991. “We must learn lessons from them about the faithfulness of God and the power of the cross of Christ to triumph.” Members of the Baptist General Conference (BGC) found this exhortation in the January/February 1993 issue of their denominational magazine, along with the lament of a former Soviet general: “Not only are our shelves empty, but our souls are empty.

Encouraged by the thousands of people who have made a commitment to Christ during Billy Graham’s 1992 Moscow Crusade, the BGC set a post-Cold War goal of supporting fifty Russian church planters, and in the fall of 1993 began sending its own short-term mission teams to that country. Mel Stewart, a philosophy professor at Bethel College, was one of the first BGC missionaries to Russia. Stewart returned to Russia in January 1999, co-leading a Bethel travel course with political scientist and historian GW Carlson, who had written his thesis on relations between Russian Protestants and American Evangelicals in the 1960s and 1970s.

But in the end, it was in one of Russia’s neighbors that the BGC missionaries found a warmer welcome and more fruitful partnerships.

By the start of the 21st century, Ukraine had eclipsed Russia as the regional hub of evangelicalism in the post-Soviet world. As historian Catherine Wanner Recount Christianity today In 2008, Ukraine offered not only the religious curiosity that Mel Stewart saw in Russia, but a judicial system and bureaucracy that proved “much more welcoming to the arrival of missionaries and religious leaders from elsewhere, as well as to the arrival of humanitarian aid and allowing local religious organizations to distribute that aid. (See also Wanner’s 2006 study of religion in post-Soviet Ukraine.) While only 2-4% of the historically Orthodox population is protestant, Ukraine continues to do much better than its larger neighbors in terms of respect for religious pluralism. Compare its 2020 US State Department report on religious freedom to those for Russia and Belaruscountries where evangelical initiatives have sometimes struggled with anti-corruption and anti-evangelism laws enacted by autocratic regimes allied with the Orthodox churches.

One of the first successful American evangelistic missions to Ukraine came from BGC churches in my home state, which in the early 1990s began forming partnerships with small Baptist congregations in the Cherkassy area, 200 km southeast of Kyiv. “A connection between Minnesota and Ukraine would have been unimaginable before 1990,” Minnesota Baptist Conference Executive Minister Truett Lawson recalled, but his 1992 trip to Cherkasy paved the way for nineteen relationships with sister churches in the first year of a campaign later called Love Lift.

(In his history of the Minnesota conference, Our time and our stories, Lawson notes a common history linking the two groups. The immigrant founders of the BGC and the Ukrainian Baptist churches trace some of their roots to a pietistic revival which began among Swedish soldiers taken prisoner in 1709, after Peter the Great won a decisive victory over Charles XII in the Ukrainian city of Poltava.)

Joined by BGC churches in states like Ohio and Pennsylvania, Love Lift went on to organize camping ministries, music and theater events, and economic development programs in Ukraine. Additionally, Paul and Linda Wicklund (of Calvary Baptist Church in Roseville, MN) left their initial contacts of 1992-1993 to establish a separate organization, Shepherd’s Foundation, which provided medical care and supplies, later branched out into children’s and youth ministries. This organization itself broke away READ Ministrieswhich provides leadership training and resources to evangelicals in Ukraine and other former Soviet countries.

The bond between these American and Ukrainian Baptists continued after the BGC changed its name to Converge in 2008. Nearly one hundred Converge congregations have formed sister church partnerships through Love Lift, and current Mobilization Director for Converge International Ministries, Tania Martin, served in Ukraine for eleven years. (Martin entered world missions through a Converge congregation in Maryland led by John K. Jenkins Sr., chairman of the executive committee of the National Association of Evangelicals.) After the Russian invasion last month, Converge North Central Regional President Mark Bjorlo shared the love Raise Story in a denominational call for help.

Also, Bethel, the university sponsored by Converge (and my employer), not only educated many Baptists involved in Ukrainian missions, but forged its own ties to that country. “When I worship, I can close my eyes and put myself back in Ukraine,” said a Bethel elder and short-term missionary in 1995. “I think it’s the Holy Spirit that connects us.” Around the same time, Dennis Port’s own experiences in Ukraine led the Bethel music teacher to form Evangelion, a professional choir that toured the country several times – singing in some of the same towns now appearing on the news evening as war sites. One of my current history students has family in Ukraine, and for several years our faculty has included Ruslana Westerlund, a Ukrainian immigrant who had served as an interpreter for early Baptist missionaries in Minnesota. “With Bethel University’s strong ties to Ukraine”, Tweeted Bethel President Ross Allensharing a TV interview I did about the early days of the war, “we pray for their people during this heartbreaking time.”

Asking Converge members for help, Bjorlo mostly avoided politics, without mentioning Putin and saying they were “Ukrainian and Russian brothers and sisters who yearn to see their communities and their nations meet, get to know and follow Jesus”. But after a generation of American evangelicals prayed for Ukraine, donated money to Ukraine, traveled to Ukraine, taught and sang there, and befriended its people, it no wonder he called Ukrainians “the brightest light of the gospel of Jesus Christ in Europe.” .”

If you want “to help them keep that light high no matter what, as some stay within Ukraine’s borders and others seek refuge in neighboring countries,” Click here to support the Converge Relief Fund.

Both Shepherd’s Foundation and READ Ministries have also set up relief funds.