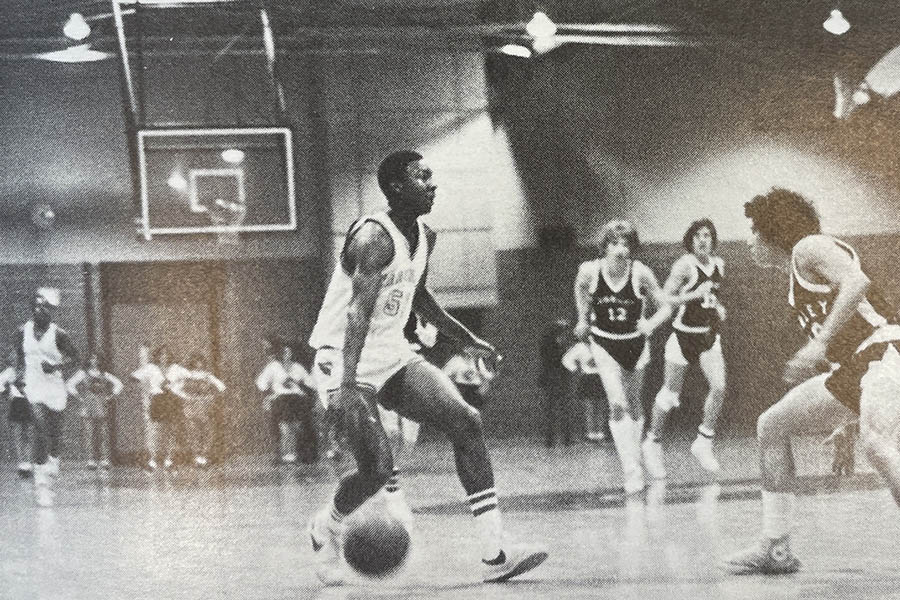 Five years ago, after Mark Amatucci hired Todd Karpovich and Joe Baker to help write a book chronicling Amatucci’s four decades as a high school and college basketball head coach, the heart of the objective of the project was clear.

Released in early 2018, “No Limits” delved into Amatucci’s first of two stints at Calvert Hall — a back-to-back four-year run that changed the school’s culture of diversity and propelled its basketball program to new heights. incredible heights.

It culminated with a perfect 1981-82 season. The Cardinals won their third straight Baltimore Catholic League title and became the highest-ranked team in the nation. They finished 34-0 beating Washington, DC powerhouse and four-time national champion DeMatha at the prestigious Alhambra Catholic Invitational.

“No Limits” was so well received that Amatucci and his co-writers decided to enter uncharted territory by making a documentary film tackling the same subject.

The result is “More Than Buckets,” a triumphant two-hour story that took more than two years to tell. It is directed by Michael Amatucci, Mark’s son.

The film centers on this magical journey of the Cardinals, who, with Amatucci at the helm from 1978 to 1982, put Calvert Hall and his basketball team on the national map – and not just because the Cards got a total combined 91-5 from 1979-82.

As the documentary points out, it was also about how Calvert Hall did it, specifically how Amatucci moved the color line at school by recruiting talented African-American student-athletes from rec centers. and the playgrounds of East Baltimore.

“When I started coaching (Calvert Hall Junior College in 1976), minorities made up almost 2% (of the student body),” Amatucci recalls. “By the time I left (to coach at what is now Loyola University of Maryland) in the summer of 1982, that number had jumped to over 13%, a direct result of what we did with our family of basketball.”

The older, evocative voices of these core players, from Darryle and Paul Edwards to Marc Wilson and “Pop” Tubman to Vernon Hill – huge components, as well as future NBA player Duane Ferrell, to the glory days of hoops – bring a powerful perspective on such changing times.

A particularly poignant first scene from the film shows middle-aged Darryle Edwards from the Class of 1981 revisiting the grave of his classmate Paul Kinney, who died of a heart attack after collapsing during a melee of preseason on December 1, 1980. The 1982 team dedicated its season to Kinney’s memory.

The movie’s gameplay sequences are a real treat. It includes great moments from the Cards’ epic triple win over Dunbar in the spring of 1981. And they capture the brilliance of Calvert Hall in his perfect year, especially during the prestigious national tournament titles in Philadelphia and Las Vegas and this finish thrilling. .

“It was emotional to watch a lot of footage and see the kids talking about things now,” Amatucci said. “I’m proud of how it reflects how close our family was and still is.”

Editor’s Note: “No Limits” was published by Cathedral Foundation Press, a subsidiary of Catholic Review Media. Todd Karpovich is a contributing writer for the Catholic Review. Calvert Hall will host a screening of the film on March 11 at 7 p.m. at the school’s Marion Burk Knott Center.

A statue outside the Catholic Church in Queens was almost stolen