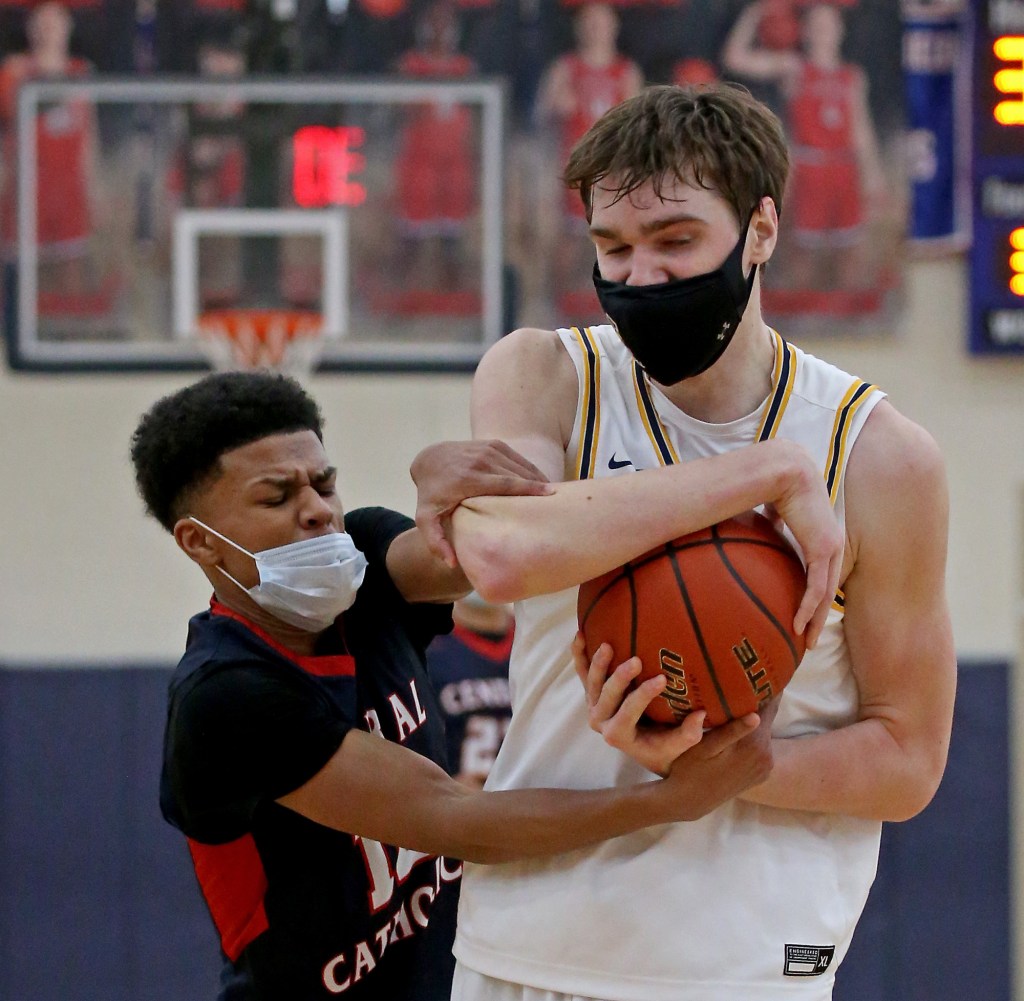 Andover coach Dave Fazio has been around long enough to know when a good winter is ahead for his schedule. He’s never been as optimistic as he is for this season.

Led by a remarkable frontcourt with 6-9 Aidan Cammann and 6-7 Logan Satlow, the Golden Warriors are a team to beat in Div. 1. There are many prominent pieces around Cammann and Satlow. All-Conference Ryan Maclellan is back to lead the offense while Richie Shantanian is a constant threat beyond the arc.

â€œIn the 33 years that I’ve been here, we’ve never been this size,â€ said Fazio. â€œBetween Aidan and Logan, plus Ryan and Richie, we also have Lincoln Beal, the running back for the football team, so we have all the pieces. Now it’s pretty much all coming together.

Cammann was a Boston Herald Dream Teamer as a junior, averaging 15 points and 10 rebounds to go with three blocks per night. Satlow signed up to Franklin & Marshall in September.

Elsewhere in the MVC, Central Catholic is set for a solid season behind senior All-Scholastic point guard Xavier McKenzie. Methuen and Lawrence are suitors.

Beverly did the Div. 2 state semi-finals in 2020 and now hope to compete in Div. 1. Gabe Copeland is a three-year-old college player and was a Boston Herald All-Scholastic last year averaging nearly 18 points per game. Taunton will be a force in the Hockomock Kelley-Rex.

Bill Loughnane has four state championships on his resume; a look at his team BC High shows that a fifth could be in the near future. Senior Mike Loughnane is one of the region’s best handyman playmakers while Mahari Guerrier, Greg Cooper and Will Doyle showcase an athletic starting squad.

Newton North has a long history of being a factor throughout the state and this year shouldn’t be any different. The Tigers have three returning starters with Holland Hargens, Jose Padilla and Florian Kuechan leading the veteran group. Also in the Bay State Conference, Natick returns small forward Ryan Mela (21 points, 10 rebounds per game last year), while Brookline and Braintree will be in the game.

For a decade, Mansfield was at the top of the Div. 1, but with the new rosters, the Hornets will now try to be at the top of the Div. 2. Chris Hill can play indoors and outdoors as point guard Matt Hyland kicks off the Hornets’ ever-formidable offense. A year after winning their first Catholic conference in nearly 25 years, Malden Catholic will be one of the best teams in the world. The Lancers’ offense goes through four-year-old starter Tony Felder with Nick Martinez, Jahmari Hamilton Brown and KC Ugwuakazi creating a powerful overall lineup.

Charlestown appears to be a threat to contend with thanks to Joshua Dejesus, Victor Soto, and Ricky Cabral. Dracut has reached Division 2 under the new rosters and believes he has what it takes to compete with the best with the return of senior full-back Adrian Torres.

North Quincy are a team to watch with sophomore star Daithi Quinn while Pembroke could be a sleeper in Matt Vincenzi’s first year at the helm. Tri-Valley League contenders Norwood and Westwood are expected to be at the top of their divisions throughout the season.

PLAYERS TO WATCH IN DIV. 1

PLAYERS TO WATCH IN DIV. 2