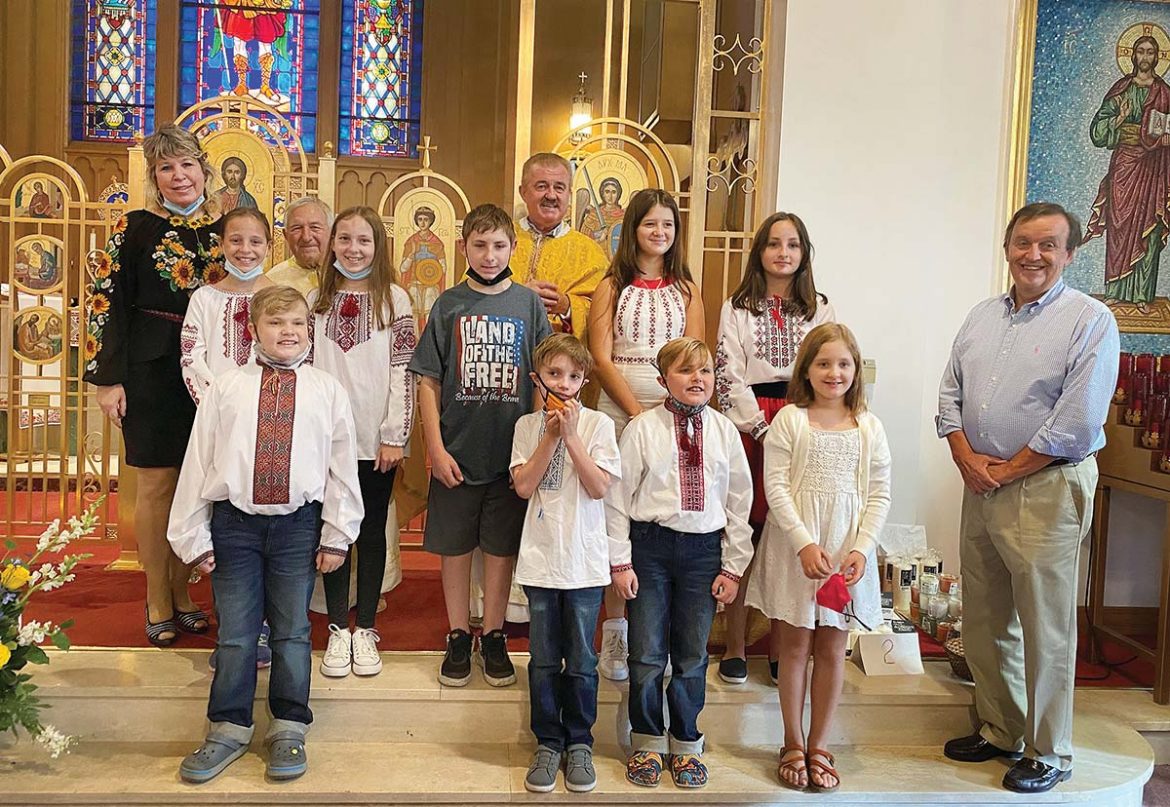 Despite the challenges of the pandemic, the community life of Ukrainians in New Haven continues with various events

NEW HAVEN, Connecticut – As the ongoing COVID-19 pandemic forced the closure of the Ukrainian Studies School (Ridna Shkola) at St. Michael the Archange Ukrainian Catholic Church in New Haven, Connecticut, in March 2020, it was able to reopen in April this year, and the Ukrainian community here has managed to organize various events despite difficult circumstances.

In May, parishioners in the church hosted a Mother’s Day breakfast, during which the men in the ward cooked for all the women.

Then, on June 5 and 6, the church held a First Holy Confession and First Communion for Justyna Horbaty Young and Kalynna Gildea. The catechist was Halia Jurczak-Lodynsky, who has been a teacher at the school since 2004. The service was headed by the parish priest, Father Iura Godenciuc. He was assisted by Father Stepan Yanovski and the special guest Father Albert Forlano.

Father Albert Forlano of St. Michael the Archangel Ukrainian Catholic Church in New Haven, Connecticut, speaks with Justyna Horbaty Young and Kalynna Gildea (right), both of whom received their First Communion on June 6.

Later in June, the parish hosted a Father’s Day picnic, during which all the women in the ward cooked for all of the fathers.

The school, which opened for the current school year on September 25 with a Divine Liturgy, is headed by its director, Myron Melnyk, and the director of the parish choir, Nataliia Dankevych, coordinates the activities of the nursery school of the parish.

The registration period for the School of Ukrainian Studies in New Haven, Connecticut is still open and readers who have children or grandchildren in the area are encouraged to register their children for the school. Registration ends October 30, and readers can contact Ms. Lodynsky by phone at 203-494-6288 for more information.

Our views: the old girls’ school relishes tradition and learns from its history | Our opinions