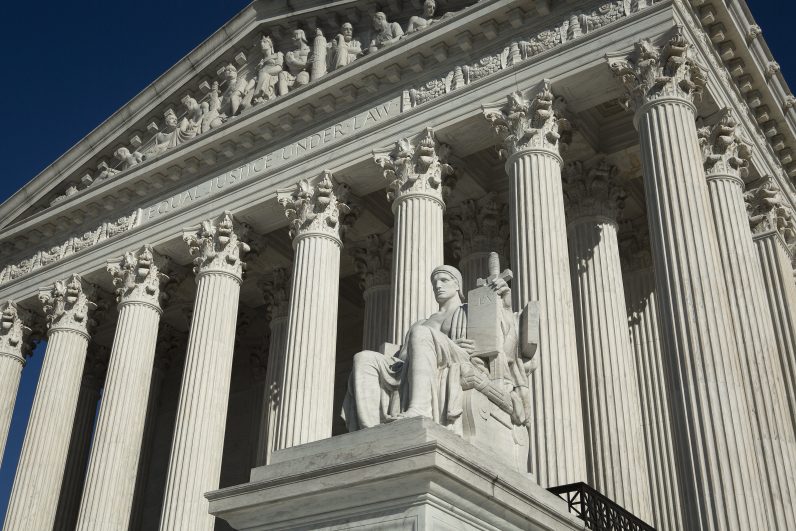 WASHINGTON (CNS) – The Supreme Court is going back to school this term.

The judges are taking on a challenge by two parent groups in Maine against a state education department rule that allows families living in towns without public schools to receive public funds to send their children to a other public or private school as long as it is not a religious school.

By mid-September, religious freedom groups had weighed in with amicus briefs to support those parents who wanted to use public funds to send their children to Christian schools across the state.

The parents took their case to federal court, arguing that the program violated their constitutional rights.

The Carson v. Makin will decide the future of tuition reimbursement for schools with religious affiliation and will likely be a key decision in the future of government oversight and parental choice in education.

The state curriculum currently remains in place as it was upheld by the U.S. Court of Appeals for the 1st Circuit, which said religious schools could be excluded as state funds would go to the religious education.

In a similar case last year, the Supreme Court ruled in Espinoza v. Montana Department of Revenue states are not required to subsidize private education, but they cannot exclude religious schools from receiving funds for tuition fees simply because they are religious.

The United States Conference of Catholic Bishops welcomed the Espinoza decision, which they said “means that religious individuals and organizations can, like everyone else, participate in government programs that are open to all.”

The Maine case examines an issue that was not resolved in the Espinoza case: Is a state violating the Constitution with a program that provides students with money to attend private schools but bans them from attend schools providing religious education?

On September 10, the Notre Dame Law School Religious Liberty Initiative filed an amicus brief on behalf of elementary and secondary schools of three religious traditions – Catholic, Muslim and Jewish – in support of parents in Maine.

The groups represented in the brief are Partnership Schools, a group of nine Catholic schools in New York and Cleveland; Council of Islamic Schools of North America; and the National Council of Young Israel.

Nicole Garnett, professor of law at Notre Dame Law School who signed the brief, said in a statement that “the protection of school choice in the form of tuition reimbursement programs is a fundamental right for American families “.

She also called the government’s blocking of tuition reimbursement for religious institutions a “direct violation of this constitutional standard.”

Becket, a religious freedom law firm, also filed an amicus brief in the case on September 10, noting that states have long excluded religious institutions from public benefits, often because of the Blaine amendments passed to a time of anti-Catholic sentiment. in the 19th century.

He pointed out that the Supreme Court has long recognized that the Constitution prevents laws that weigh on religious beliefs or actions simply because they are religious. The Becket case also noted that in the Espinoza case, the court ruled that Montana cannot exclude religious schools from its state scholarship program.

“It is not fair to target parents, students and religious schools for denial of government benefits,” said Diana Thomson, senior counsel at Becket, in a statement.

“The Supreme Court said that schools cannot be excluded because of their religious status – that should have been enough,” she said. “But now it should be clarified that this rule includes schools that genuinely want to teach their students the faith. “

A date for oral argument in this case has not been given. The tribunal begins its new term, in person, on October 4.