Couple returns to the altar, this time as Franciscans – Catholic Philly

A Philadelphia couple married for nearly four decades recently returned to the altar – but this time, rather than renewing their marriage vows, they pledged to live the gospel as St. Francis of Assisi did.

Betty and Frank Coyle, longtime parishioners of Holy Innocents in the city’s Juniata Park section, made their public profession as members of the Secular Franciscan Order during a mass on June 28 at the Padre Pio Prayer Center in the Frankford neighborhood of Philadelphia. The site of the former St. Joachim parish, which merged with Holy Innocents in 2013, was acquired by the Capuchin Franciscan friars of the province of St. Augustine, and now cares for vulnerable populations in the region through partnerships with Catholic social services of the archdiocese and other non-profit organizations.

Laura DeJesus and Marco Osuna made profession with the Coyles, presided over by Capuchin Father Reynaldo Frias, assisted by Capuchin Fathers Kevin Thompson and Rafael Mendez, by the pastor of the Holy Innocents, Father Thomas Higgins and by the permanent deacon Andrea Carrillo.

The four professed – who as lay people are part of a religious order directly founded by their patron saint and canonically established under Pope Honorius III in 1221 – will not move into a monastery or go on a mission abroad now that they have received the distinctive Tau cross (T-shaped) which is the visible sign of the Franciscan order.

Instead, they will continue with their daily lives – and it is there that they will follow Saint Francis and Christ himself more closely.

â€œThere really aren’t any job requirements per se,â€ said Betty Coyle. â€œEach of us, as a member of the Franciscan community, gives what we can. We each have our own ministry, our own way of contributing to the community and the way we grow spiritually.

For the couple, this means attending “mass as much as possible” because “mass is the most important spiritual activity,” she said.

Frank, who works part-time at Holy Innocents, is a regular reader and an extraordinary minister of Holy Communion during daily and weekend Masses in that parish. Betty, who retired from the Thomas Jefferson University hospital system in March, hopes to return to the organization’s pastoral team when communion visitation to the sick resumes. 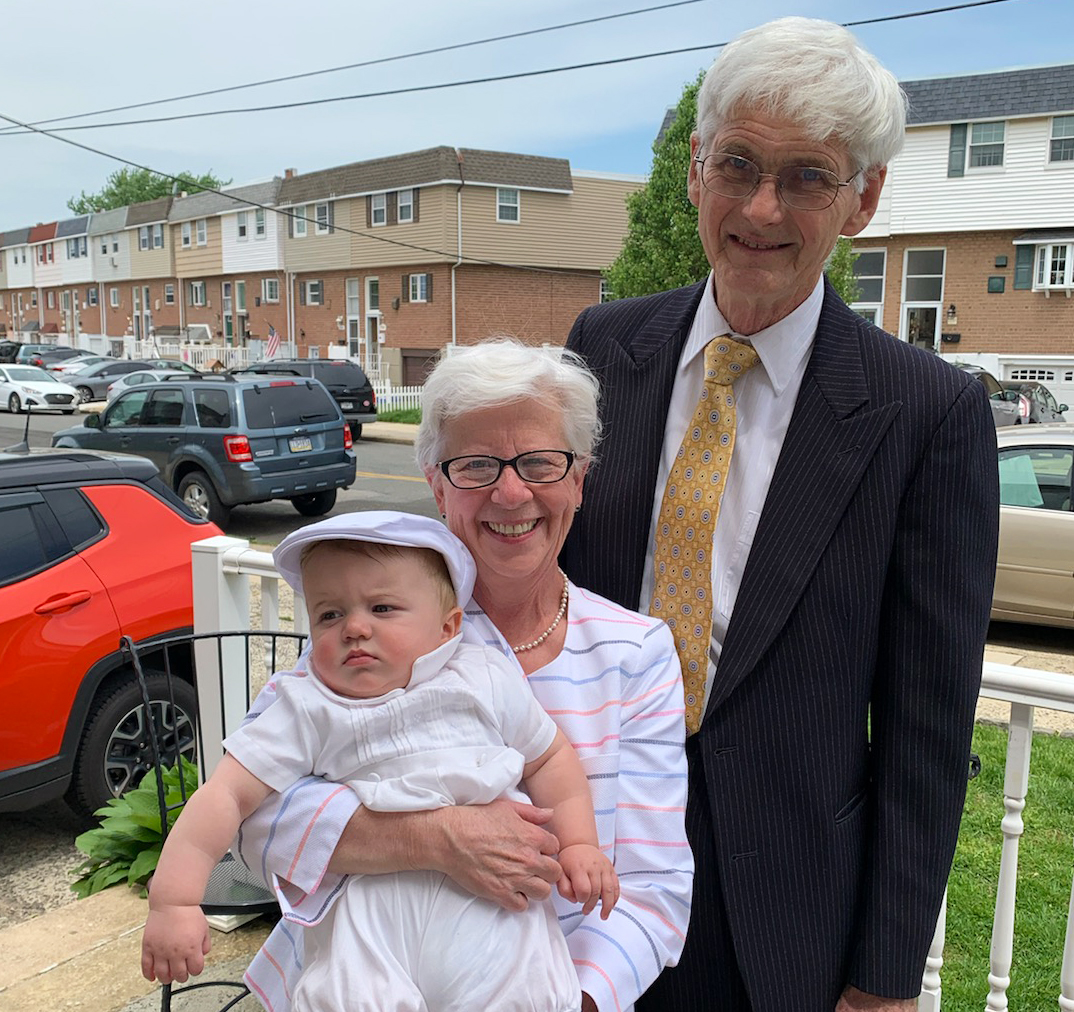 Betty and Frank Coyle, seen here with their grandson in this undated photo, pray the Liturgy of the Hours and the Rosary together each day as part of their profession with the Secular Franciscan Order. The couple is also active in a number of awareness actions that support the order’s commitment to peace, justice and the care of creation. (Courtesy of Betty Coyle)

The couple’s prayer regime is completed by the morning and evening prayers of the Liturgy of the Hours and the daily recitation of the Rosary.

â€œWe say all of this together every day,â€ Betty said.

Frank is also a member and promoter of the Holy Name Society, which promotes devotion to the name of Christ, evangelism, and works of mercy. In November, he will travel to New Orleans as the Philadelphia delegate for the Society’s National Gathering.

Betty added that he was “very active” in the Tookany / Tacony-Frankford Watershed partnership, which looks after one of the five major watersheds in Philadelphia that empty into the Delaware River. She herself works on improving Harrowgate Park, which faces Kensington Avenue, and recently participated in a public art installation there.

The couple’s spiritual and social approach aligns perfectly with the Franciscan emphasis on prayer, contemplation, peace, justice and the care of creation.

They are also in good company: the Secular Franciscan Order has more than 300,000 members throughout the world, of which approximately 12,000, organized in some 600 local fraternities, are in the United States.

The order – canonically, an “association of the Christian faithful” – accepts both women and men, and members can be celibate, married or diocesan clergy, Catholic and in good standing with the Church.

After a period of formation of about three years, the professed commit themselves to follow the Rule of Life of the Order, to attend monthly meetings and to practice daily prayer. Under the Holy See, the pastoral care of the Order was entrusted to the Franciscan Brothers of the First Order and of the Third Order Regular.

The Coyles began to discern their calling “about three years ago,” Betty said.

â€œWe went to the center (Padre Pio) for a retreat, and then we attended lectures and presentations,â€ she recalls. “We had heard about it before, but weren’t quite sure what (the order) was.”

Despite their uncertainty, they felt “drawn to something very unique and very special,” said Betty – in large part, “a strong sense of community.”

â€œThey had the unique gift of reaching out to others no matter who they were,â€ she said. “They’ve always been there for each other.”

Another factor was the humility of the Franciscans, she said.

â€œThey are not afraid to go out and work among the poor and the people who really need to hear the word of God,â€ she said.

With the purchase of the St. Joachim property, the Franciscans are staying where they are needed, Betty said.

And the Coyles too, said Father Higgins.

â€œTheir profession in the Secular Franciscan Order confirms their Franciscan charism of always preaching the Gospel and of using words only when necessary,â€ he said. “Frank and Betty have been doing this their whole lives.”

As a married couple, entering into their Franciscan commitment at the same time was â€œspecial,â€ Betty said.

â€œWe feel that we are here to grow together and to bring others to know and spread the word of God,â€ she said. â€œJust to reach out and touch others in a very subtle way. As Saint ThÃ©rÃ¨se of Lisieux said, it’s the little things, not the big ones.