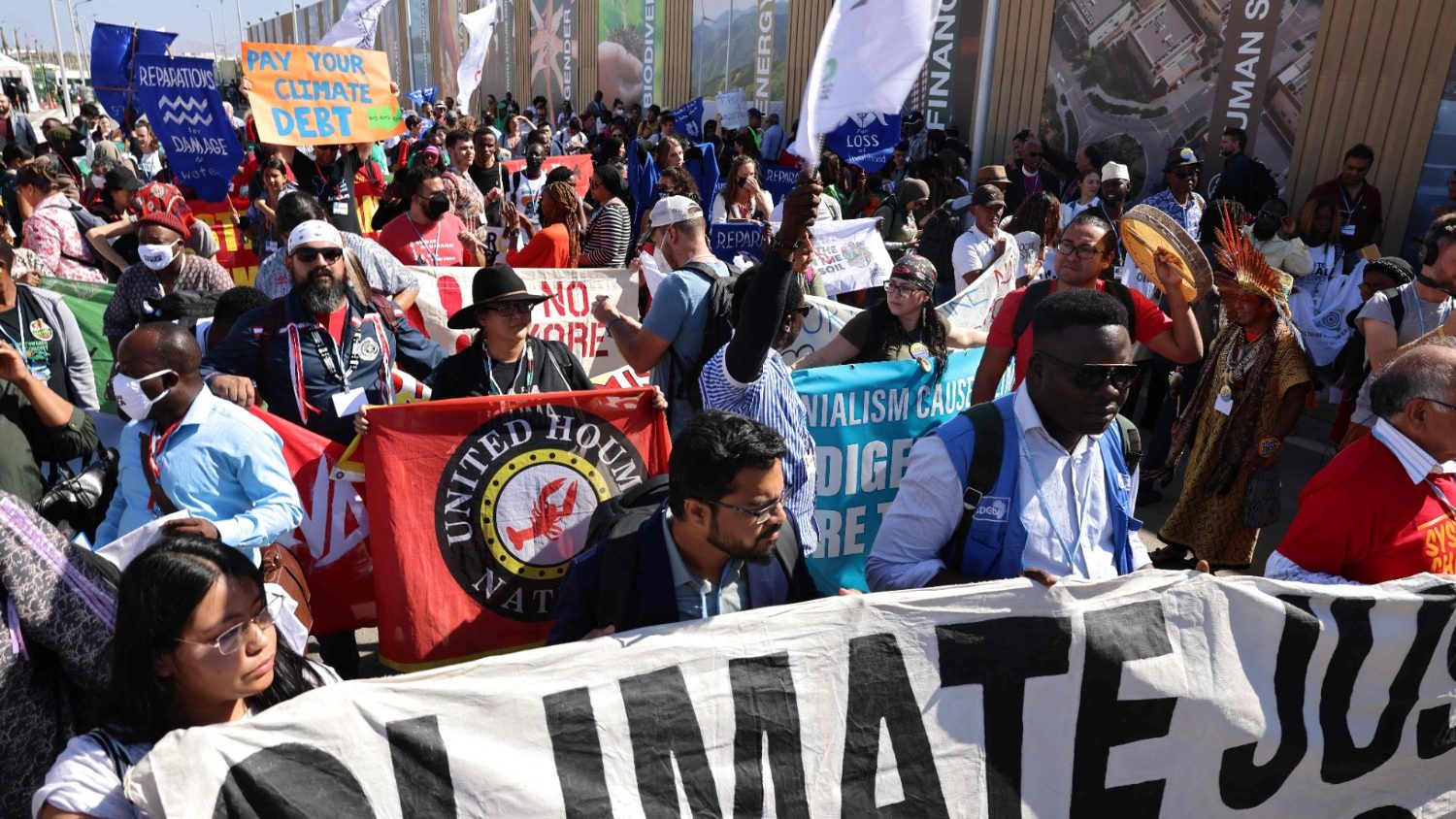 COP27: Webinar Laudato si’ to encourage the action of the Church in the face of the climate crisis

The European Laudato si’ Alliance is hosting a webinar to explore solutions to maximize the impact of Catholics in the environmental crisis, as the COP27 climate conference continues in Egypt.

“Joining our voices in the footsteps of the words of Pope Francis.” This is the mission of the European Laudato si’ Alliance (ELSiA) and the webinar organized to discuss the role that the Catholic community can play in the climate emergency.

ELSiA is an organization that promotes a concept of ecological justice firmly linked to the teachings of the Church.

“Our work is based on three fundamental pillars”, explained Laura Morosini, director of programs in Europe of the Laudato si’ movement, “eco-spirituality, eco-practice and eco-vocations”.

Role of the Church in the climate crisis

Prof. Saracel, speaking from the media zone of Sharm el-Sheik Cop27, began by noting the active position that the Vatican took in the discussion of the climate crisis at the start of this conference.

“For years the Vatican has been an observer state, with the sole duty of providing moral advice and guidance after the signing of the final resolutions,” the father said. Sacarel.

Following Pope Francis’ endorsement of the 2015 Paris Agreement related to the environmental crisis, the Vatican has officially become part of the global debate.

Prof. Chilufya stressed the importance of “emphasizing the cry of the poor”, especially those in developing countries.

Speaking from Zambia, the President of the Jesuit Network for Justice and Ecology in Africa presented the example of many African populations hit by climatic disasters, such as floods, cyclones and heat waves.

He also recalled the Pope’s words in his Fratelli Tutti encyclical, emphasizing the responsibilities of modern society towards developing countries, often harmed by the excessive process of industrialization.

“It is also an ethical question,” added the father. Chilufya, “it makes us wonder, how can we all live well?”

The discussion continued to illustrate the concrete actions the Church needs to take in recent years.

“As religious leaders and worshippers,” the father said. Chilufya, “we must encourage hope, in the awareness that God has given us immense power to change things”.

Catholics should think, invent and try, he urged. “At the start of the pandemic, Pope Francis called on us to imagine the future and how we could do things differently. That’s what we have to do, mobilize people and maintain their faith.

The first step, according to the two panelists, is the realization that we need new ways of living. “The encyclical Laudato si’Fr. Sacarel asserted, “urges us to return to traditional Christian spiritualities which essentially say that less is more”.

It means reducing the consumption of goods and reaffirming that materialistic ideals do not fulfill life. “We live on a planet with limited resources,” the father said. Chilufya asserted, “but our hearts are infinite.

The importance of temperance

Following a question posed by webinar participants, the two panelists analyzed the importance of temperance, by definition, “the virtue that moderates in us the excessive desire for sensible pleasure, keeping it within the limits assigned by reason and the faith”.

The key, according to Fr. Chilufya, is to transfer this approach into our daily lives.

“In each of us lies the need for purpose, for a sense of accomplishment,” concluded the President of the Jesuit Network for Justice and Ecology in Africa. It is up to us to direct this desire towards a simpler way of life from which everyone, including our planet, could benefit.