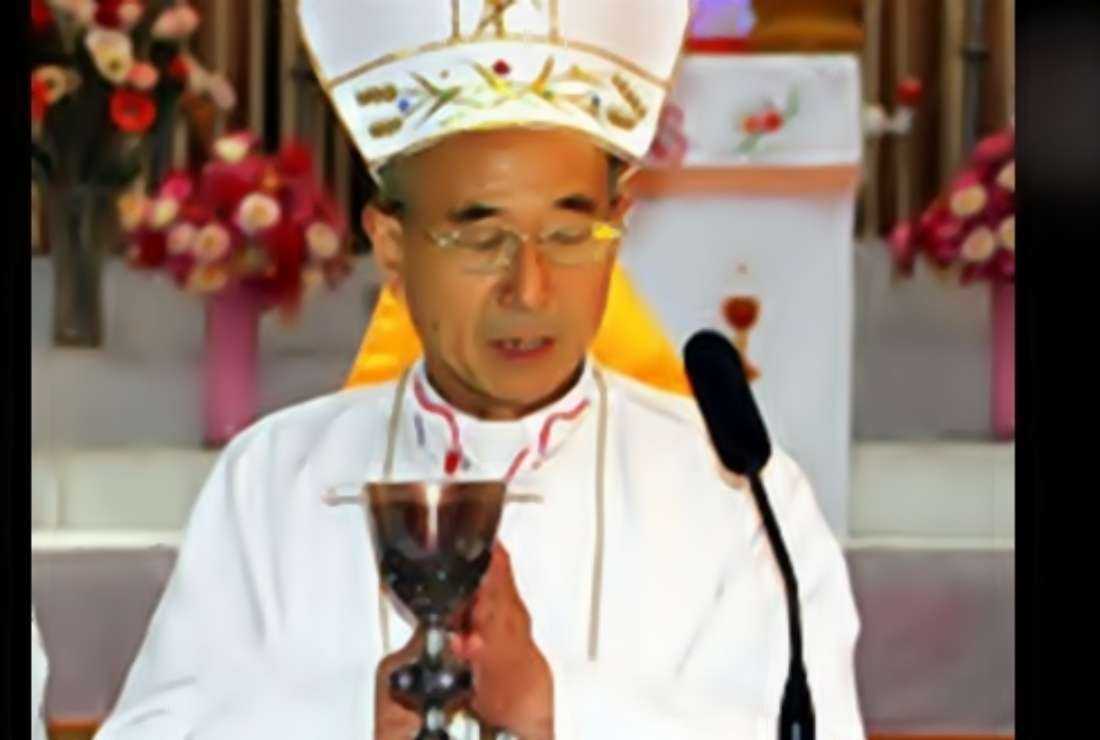 Bishop Francis An Shuxin of the Diocese of Baoding, China. (File photo)

An international Christian group has condemned a Catholic bishop in China for threatening to deny the sacrament of the Eucharist to clergy unless they register with the state-sanctioned Chinese Catholic Patriotic Association (CCPA).

Bishop Francis An Shuxin of Baoding Diocese in northern China’s Hebei Province issued a pastoral letter on July 15 stating that all Catholic clergy are required to immediately register with the CCPA or face punitive measures.

The Prelate said he would not share the Eucharist with unregistered priests and warned local Catholics that if they refused to accept CCPA-registered priests, they would meet the same fate.

In an Aug. 3 statement, the U.S.-based International Christian Concern (ICC) said Bishop An’s letter was “a manipulation” of two major agreements signed between the Vatican and China.

First, the 2018 Sino-Vatican agreement on the appointment of bishops in China, according to the ICC.

The secret agreement was initially signed for two years and was renewed in 2020. It gives the CCP a say in the appointment of Catholic bishops in China, while the Vatican seeks to unify millions of Chinese Catholics divided between the State and the Vatican. churches lined up.

Second, the Vatican released a statement in 2019 that encouraged Catholics to register with the church, but cautioned against attempting forced registration. He urged the Chinese government to respect “conscientious objectors” to the Vatican-China deal who refuse to join the state-run church.

“At the same time, the Holy See understands and respects the choice of those who, in conscience, decide they cannot register under current conditions,” the Vatican said.

The ICC says Bishop An manipulated the Vatican’s 2019 statement.

“In his letter, Bishop An manipulated the 2019 statement to give the impression that the Vatican was ordering all clergy to register with the government in order to force priests in his diocese to register,” the statement said. ICC.

He reported that some clergy were unhappy with the bishop’s letter exploiting the Vatican’s statement at the government’s request.

Francis An Shuxin was consecrated by Bishop Peter Liu Guandong on May 2, 1993 as Auxiliary Bishop of Baoding Diocese.

He was arrested in 1996 and released after spending 10 years in prison as a member of the “underground” Church. He was appointed coadjutor bishop in 2007, while bishop James Su Zhimin, ordinary of the diocese, was still in prison.

Bishop An Shuxin joined the government-sanctioned Chinese Catholic Patriotic Association, which further divided the diocese between underground and open communities. With the consent of the government, Bishop An was installed as head of Baoding Diocese in 2010, leading the “open” community. He was installed as Bishop of Baoding Diocese on August 7, 2010.

Shortly after the communist takeover in 1949, China severed diplomatic relations with the Vatican and established the CCPA to exercise control over Catholics in the country.

China has about 12 million Catholics, split between patriotic and independent churches. For years, China and the Vatican have been embroiled in pulling strings over the appointment of bishops which apparently ended with the 2018 agreement.

Since the signing of the agreement, the Vatican has appointed six new bishops and recognized seven “illegal” bishops appointed earlier by China without a papal mandate.

Rights groups have documented a new crackdown on Catholics in China since the CCP passed repressive new regulations on religious affairs in 2018, the same year the Sino-Vatican agreement was signed.

Here’s how to escape debt, without joining ‘Squid