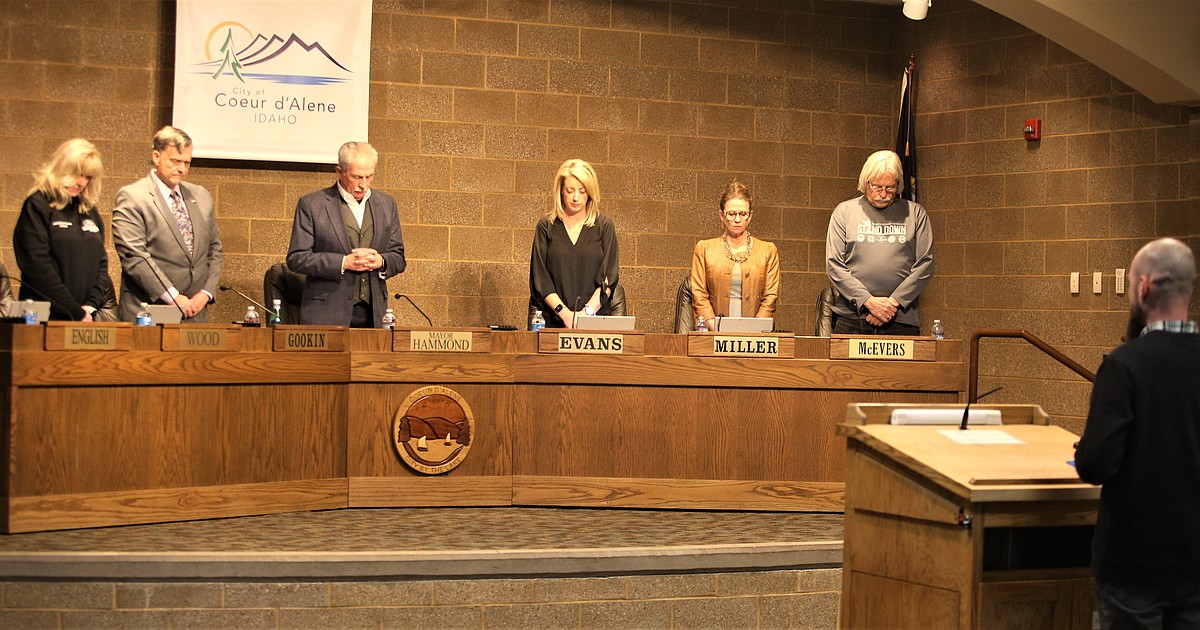 The city, which recently took over the programming of pastors to give brief invocations, could end the decades-long practice.

It was long run by Pastor Paul Van Noy of the Kootenai County Ministerial Association, a Christian organization.

“My concern is for the welfare of the community. That’s it,” Van Noy said Thursday.

Mayor Jim Hammond said the city had received information from Van Noy indicating that she could face legal liability if she refused a person who wanted to give the summons.

Hammond said when the city recently decided to schedule invocation pastors, it did so to give all denominations a chance to open meetings with a prayer. But he said cities have been sued for not allowing Satanists or other religious groups to offer the invocation.

“It is possible that we will end up having to do without it all together,” the mayor said on Thursday.

Discussing the summons is not on the agenda for Tuesday’s city council meeting, but could come up during council announcements.

The invocation is to be delivered by John Pulsipher with The Church of Jesus Christ of Latter-day Saints, which is not a member of the Ministerial Association.

Councilor Dan Gookin and Van Noy met to discuss the summons on Thursday.

Gookin said they had a good meeting and he appreciated Van Noy’s perspective.

“He made some really good points,” Gookin said.

They discussed the elimination of summoning and what that might mean.

“I don’t know if it’s better for the city,” Gookin said.

He said he wanted to hear from others about the summoning, keep it or end it.

“There are good arguments on both sides,” Gookin said. “There is no clear cut solution.”

He said ending summons to public council meetings would eliminate many problems.

“But is this really what the community wants?” he said.

The invocations are mentioned in the minutes of the meetings of the municipal council dating at least from 1970.

Van Noy previously told The Press that he opposed “the summoning of a spirit in our community and upon our council members who may be an unclean spirit, a false Jesus.”

Van Noy said Thursday that he and Gookin had a positive meeting. He said he is “concerned about serving this community and as a pastor, has a shepherd’s heart for the welfare of our city” and doing what is best for everyone.

“There is a level of vulnerability from which I want to project the city,” he said.

Van Noy said the timing of the invocation should not have been taken away from the Ministerial Association, and he believes the city is exposing itself to lawsuits by taking it on.

“If they’re trying to regulate or control or screen who will or will not do summons, they’re putting themselves within arm’s length of First Amendment violations,” he said.

Van Noy reiterated that his greatest concern is for the “safety of our community, spiritually or otherwise.”

The Spirit of Catholicism by Vivian Boland OP