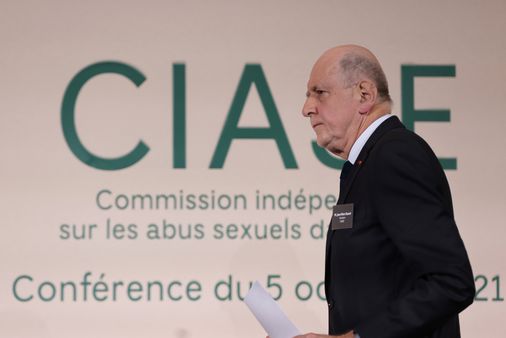 Catholic Church in France sheds light on its own abuse scandal

The same institutional and ethical divide, it seems, stretches across the Atlantic, connecting America and France. Yet the ways in which the two nations measured these earthquakes reveal very different approaches.

The Spotlight team’s revelations prompted U.S. bishops to commission criminologists from John Jay College to study clergy sexual abuse across the country. Their findings, announced in 2004, were troubling: more than 10,000 charges of child sexual abuse were brought against priests between 1950 and 2002. Yet the methodology was just as troubling. Not only was the team’s approach strictly quantitative, it was also limited to the information the bishops were willing to share. Importantly, the researchers did not have access to internal church documents, a fact they failed to their report.

In 2016, Bernard Preynat, a priest in Lyon, was found guilty of sexual abuse of dozens of French scouts over three decades. The revelation sparked an uproar that prompted the Catholic Church in France to investigate the extent of the problem of pedophilia in the Church. The bishops of the country created the CIASE two years later.

Unlike the composition of John Jay’s investigative committee, not a single criminologist is among the members of the CIASE. The chairman of the committee, Jean-Marc SauvÃ©, is a former Jesuit seminarian who has become a distinguished civil servant and is best known for his work on human rights. Its committee, headed by sociologist Philippe Portier, is made up of anthropologists and psychiatrists, professors of constitutional and canon law, theologians and historians.

This particular detail – the inclusion of historians – piqued my interest as a specialist in French history, since the role of historians in France was almost as influential in the creation of the country as that of institutions like the Catholic Church. The romantic stories of romantic historian Jules Michelet, the history-steeped fiction of romantic novelist Victor Hugo and the story primer of Ernest Lavisse – five times nominated for the Nobel Prize for literature – have helped to shape what a another romantic, Charles de Gaulle, called a “certain idea of â€‹â€‹France”. Namely, a nation whose greatness was no less the work of those who wielded the pen than the sword.

There is another critical difference between the American and French cases: Portier’s team had full access to the central archives of the French episcopate. They combed through tens of thousands of documents that the researchers had been banned from consulting until a letter from Pope Francis urging their unsealing was heard. Through these documents, what they discovered, in Portier’s words, was a “grim landscape,” the sadness of which is compounded by Portier’s reminder that even the church’s own records of its secret and shameful history born do not transmit the true scale of crimes against children.

The statistics that criminologists uncover could never account for the reality of horror. For this reason, the CIASE report does rather what historians do: it tells a story. Committee members made history by writing a story, a story that illuminates this obscurity in a way that the John Jay account failed to do. This is because abuse survivors help tell the story. While the voices of abused are absent of the John Jay report, the SauvÃ© report amplifies them. As SauvÃ© said in public comments on the report, the words of these men, women and children form “the pattern of the report.”

The approach of the commission was exemplary. Searching for the testimony of documented survivors, the commission received more than 6,000 responses and interviewed 250 of them. who chose speak. In the final report, the members of the commission confessed their shock. â€œThe accounts are horrible and need time to be absorbed. Of the 75 written accounts reproduced in the report, some tend towards objectivity, others insist on subjectivity; most are in prose, but a few are written in poetry. The chorus of a poem says “I was 5 and you were 50”.

Basically, the French episcopate, unlike its American counterpart, appears sincere in its desire for complete accounting. He not only commissioned the report, but also opened the archives to researchers. In addition, its public response to the report has been swift and remarkable. The bishops described the results as a shock.

The protest seems false to some. Until the early 1970s, the report highlights, church authorities have pressured civil authorities to ignore these criminal cases.

However, the French Catholic Church seems to take the full measure – historical and ethical – of these dazzling revelations. How can he not? In a meeting to the Catholic newspaper La Croix, Jean-Marc SauvÃ© declared that the Church â€œmust recognize its responsibility for the past. Even if she did not know everything, the Church can no longer say that she did not know.

Robert Zaretsky teaches at Honors College, University of Houston. His new book, “Victory Never Last: Reading and Caregiving in Time of Plague”, will be published in March 2022.