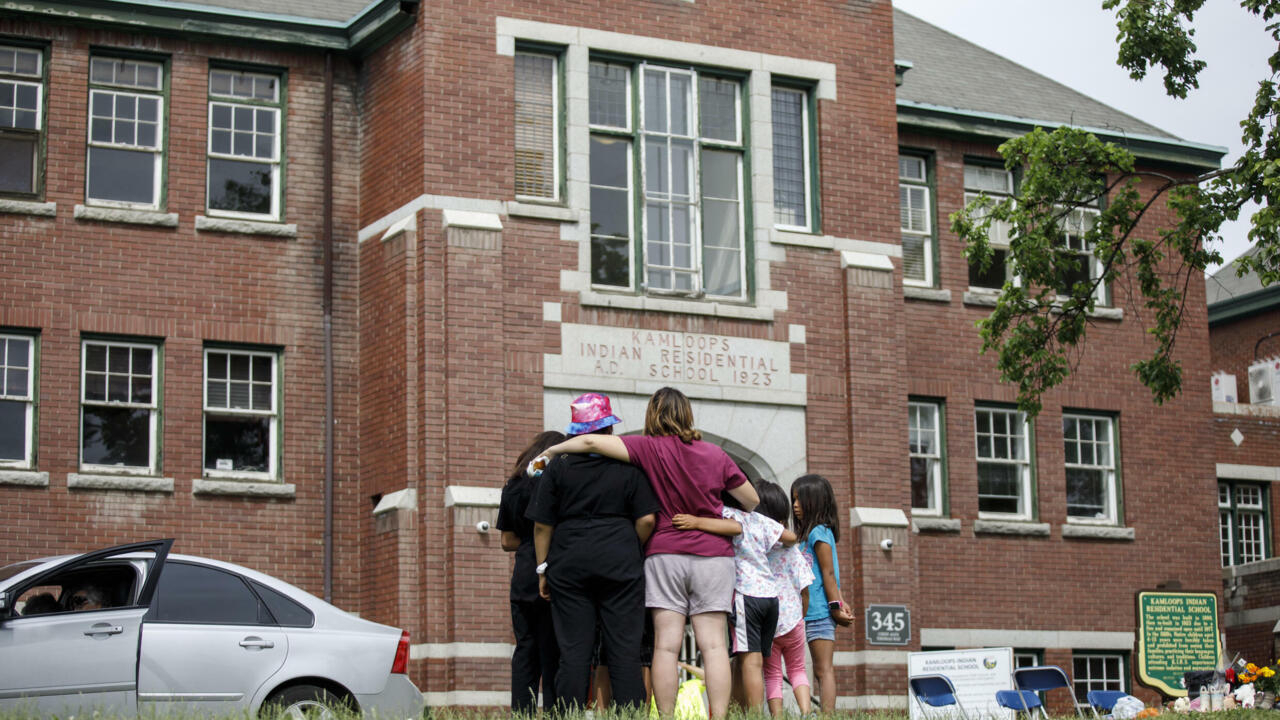 The Catholic Church apologized “unequivocally” on Friday to Indigenous peoples in Canada for a century of abuse at denominational boarding schools set up by the government to assimilate children into the mainstream.

But indigenous leaders are still waiting for a mea culpa from the Pope himself.

“We, the Catholic bishops of Canada, express our deep remorse and we apologize unequivocally,” read a statement, in which they say they are “fully committed” to reconciliation.

The move follows recent, Canada-shaking discoveries of some 1,200 anonymous graves at three sites where Indigenous children were forced to attend schools.

In total, some 150,000 Indian, Métis and Inuit children were enrolled from the late 1800s to the 1990s in 139 residential schools across Canada, spending months or years isolated from their families.

It also comes less than a week before Canadians celebrate the first National Truth and Reconciliation Day on September 30.

NEW: Catholic Bishops of Cda re Residential Schools “We, the Catholic Bishops of Canada, express our deep remorse and we apologize unequivocally. The Pope will meet with a contingent of the indigenous community in Rome in December.#bcpoli #cdnpoli @ NEWS1130 #National Day for Truth and Reconciliation pic.twitter.com/6apl2mupzp

The solemn commemoration of the thousands of indigenous children who died or went missing in schools was organized by Canadian Prime Minister Justin Trudeau, who said in June that Canadians were “horrified and ashamed of the behavior of our country”.

In the statement, the bishops said they “recognize the suffering suffered” by indigenous students and the “serious abuse” inflicted on them, including the “physical, psychological, emotional, spiritual, cultural and sexual” abuse. from principals and teachers. .

“Many religious communities and Catholic dioceses have participated in this system, which has led to the suppression of indigenous languages, culture and spirituality, without respecting the rich history, traditions and wisdom of indigenous peoples”, said they stated.

“We also sadly recognize the historical and continuing trauma and legacy of suffering and challenges facing Indigenous peoples that continue to this day.”

A truth and reconciliation commission concluded that the failure of government policy amounted to “cultural genocide”.

Today, the residential school experiences are blamed for a high incidence of poverty, alcoholism and family violence, as well as high suicide rates, in Indigenous communities across Canada.

Search for other possible burial sites using ground penetrating radar continues after finds in the provinces of British Columbia and Saskatchewan.

Meanwhile, the tribes are trying to piece together ancient documents that could help identify those who died in the anonymous graves and shed light on the fate of others who never returned home.

The bishops pledged to “provide documents or records (requested by the tribes) that will help in the commemoration of those buried in anonymous graves.”

Indigenous groups and leaders have also called for a papal apology for the Church’s role in residential schools, with support from Trudeau who said he personally pleaded with Pope Francis to “apologize to Indigenous Canadians on the Canadian soil ”.

Indigenous leaders said the apology from the church was welcome, but would be more meaningful from the pope himself.

A delegation of indigenous Canadian peoples is due to travel to the Vatican in December to meet with the Pope.

In the meantime, the bishops have said they will work with the Vatican and Indigenous leaders to try to schedule a papal visit to Canada “as part of this healing journey.”