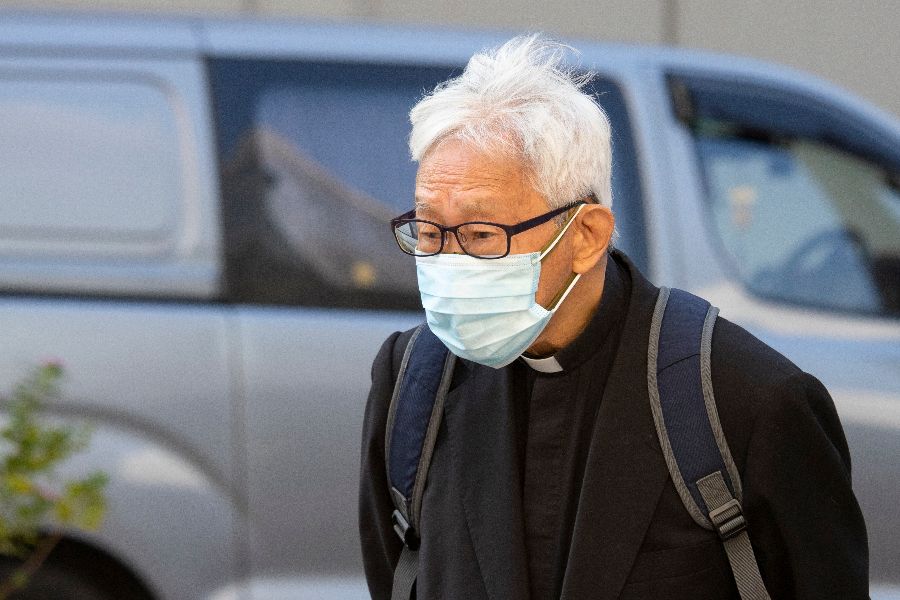 In addition to Zen, Ho and Ng, cultural studies researcher Hui Po-keung and ex-legislator Cyd Ho are accused of failing to apply for local company registration for the fund between July 16, 2019 and the October 31, 2021, the Hong Kong Free Press reported. All defendants pleaded not guilty; Cyd Ho is already imprisoned on another charge.

The September 19-23 trial will be held in Chinese with oral arguments in English, HKFP reported. Without the indictment under the national security law, the defendants could only face a fine.

Cardinal Zen offered Mass after his court appearance in May and prayed for Catholics in mainland China who face persecution. “Martyrdom is normal in our Church,” Zen said. “We may not have to, but we may have to endure the pain and arm ourselves with our loyalty to our faith.”

Hong Kong is a special administrative region of China with its own government, and its citizens have historically enjoyed greater freedom of religion than on the Chinese mainland, where religious believers of all persuasions are routinely monitored and restricted by the communist government. But in recent years, Beijing has sought to tighten control over religious practices in Hong Kong under the guise of protecting national security. In 2020, a sweeping national security law came into effect, criminalizing previously protected civil liberties under the rubrics of “sedition” and “foreign collusion”.

Millions of Hong Kong citizens, including many Catholics, have taken part in large-scale pro-democracy protests in Hong Kong in recent years, which peaked in the summer of 2019. Pro-democracy Catholic figures such as Cardinal Zen, media mogul Jimmy Lai and attorney Martin Lee have all drawn media attention for their arrests by Chinese authorities.

A Hong Kong priest told EWTN in April that the CCP uses ideological tactics such as re-education and propaganda to undermine religious freedom in Hong Kong. A Reuters report from late December documented an October 2021 meeting in which Chinese bishops and religious leaders briefed senior Hong Kong Catholic clergy on President Xi Jinping’s vision of a religion with ” Chinese characteristics”.