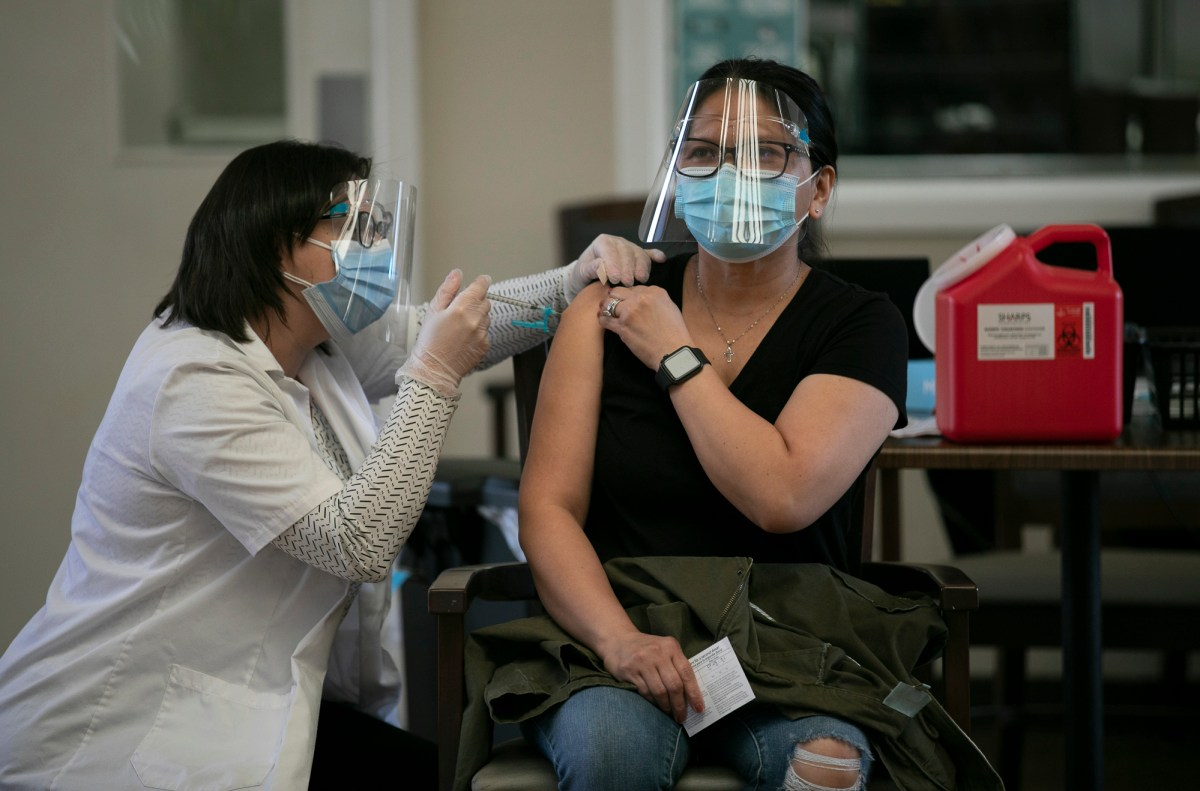 Employees in hospitals, nursing homes, doctor’s offices, clinics and other medical facilities have until September 30 to receive at least one dose of the vaccine, under the new order issued by Dr. TomÃ¡s J. AragÃ³n, California Public Health Officer. In the meantime, they must either be vaccinated or undergo mandatory weekly testing, under the previous state order issued last week.

California has also ordered visitors to hospitals, skilled nursing homes and facilities for the disabled to be fully immunized or test negative for COVID-19 within 72 hours. The decree applies only to interior visits and comes into force on Wednesday.

State health officials were not immediately available to explain why the requirements for healthcare workers will not take effect until the end of September.

The orders come as California – along with the rest of the country – grapples with a wave of cases propelled by the highly contagious delta variant of the coronavirus, which accounted for about 86% of cases as of July 21, according to the California Department of Public Health .

â€œAs we continue to see an increase in cases and hospitalizations due to the delta variant of COVID-19, it is important that we protect vulnerable patients in these settings,â€ AragÃ³n said in a press release Thursday. “Today’s action will also ensure that healthcare workers themselves are protected. Vaccines are how we are ending this pandemic.”

The exemption for medical and religious reasons could prove problematic. California has eliminated similar exemptions for childhood vaccines due to overuse by many parents.

More than 9,500 new cases of COVID-19 were reported Thursday, a large increase from mid-June when the state’s economy largely reopened and just over 1,000 daily cases were reported.

State health officials have said recent outbreaks of COVID-19 in healthcare facilities are often attributed to unvaccinated employees – even though health workers were the first to receive COVID-19 vaccines when ‘they first became available in December.

A number of health workers, including certified nursing assistants, have been surprisingly reluctant to be vaccinated.

It’s unclear how many of California’s hundreds of thousands of healthcare workers are not yet partially or fully immunized, but federal data analyzed by CalMatters provides a clue: about 23% of the nearly 500,000 hospital workers in more than 350 California hospitals had not received any dose of vaccine as of July 23.

As a result, Kaiser Permanente and other major health systems have announced their own vaccination mandates for workers. Carmela Coyle, president and CEO of the California Hospital Association, an industry group, called the state ordinance “a milestone in a long battle we face.”

Unions representing healthcare workers were not so supportive. Reluctant to visibly oppose government officials’ mandates on vaccines, one of the unions sent out a vague statement similar to those released last week.

â€œWorkers need to have a seat at the table while these decisions and their implementation are being discussed,â€ said Bob Schoonover, president of SEIU California and executive director of SEIU 721, which represents approximately 35,000 health workers, in a statement. press release sent by email. SEIU spokesman Mike Roth declined to give details.

But another union leader has expressed support for the state’s new, stricter mandate. “Although this order is not adopted by all of our members, it will save lives and protect the health of healthcare workers and patients who are suffering another wave of COVID-19 which is mainly spread by unvaccinated people,” Sal Roselli of the National Healthcare Workers Union said in an emailed statement.

The ordinances of other states have not been so strict. Massachusetts issued an order on Wednesday requiring nursing home workers to be vaccinated by October 10, with exemptions only for religious or medical reasons. And Oregon announced a mandate similar to California’s original order, requiring healthcare workers to be vaccinated but allowing an alternative testing.

With just over half of California’s eligible population fully vaccinated, nearly all new cases and deaths of COVID-19 occur in unvaccinated people, state public health officials say, and hospitalizations have grown at an alarming rate.

More than 5,500 Californians are currently hospitalized with COVID-19, with about a fifth of them requiring intensive care.

Catholic Worker House volunteer director “inspires everyone around her”