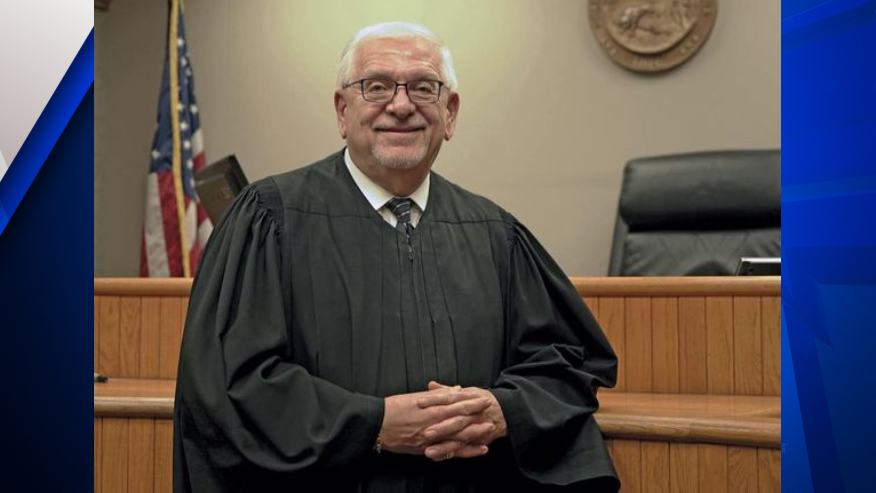 Bloomington judge, Indiana University law professor and Catholic deacon dies in crash on I-465 near I-70

INDIANAPOLIS — A retired Indiana County judge, college law professor and deacon died Friday afternoon on I-465 in Indianapolis after his car was struck from behind by a van truck, police said. of state.

Indiana State Police responded around 4:20 p.m. Friday to a crash involving four cars in the southbound lanes of Interstate 465 near I-70. There, deputies helped a man and woman who were trapped inside a damaged Acura SUV, state police said.

The man, later identified by the ISP as Marc Kellams, 73, of Bargersville, Indiana, was pronounced dead at the scene. The passenger was taken to hospital and is now in stable condition.

Kellams was a longtime Monroe County judge who retired in 2018 after 38 years and also taught trial advocacy at Indiana University Maurer Law School, according to the Indiana Daily Student, IU’s student newspaper. He was also a graduate of the school, graduating in 1978.

“Our deepest condolences to the family and friends of Judge Marc Kellams,” the school tweeted on Saturday. “Judge Kellams taught trial advocacy in law school for decades and was scheduled to teach again this fall. “I’ve never met a better human,” said Alex Tanford.

Since retiring from his role as a Monroe County judge, Kellams has returned home to Bargersville to be closer to his family and has also served as a senior judge in Johnson County.

“Judge Kellams worked as a senior judge here in Johnson County and recently moved to Bargersville to be closer to family after spending his career in Bloomington,” the Johnson County District Attorney’s Office posted on Facebook. “Our prayers go out to all the judges and lawyers who have had the opportunity to work with him over the years. A sad day for our legal community.

Rick Wagner, a deacon at St. Pius X in Indianapolis and president of Guerin Catholic High School, tweeted Saturday about Kellams, saying he has been a deacon for more than 12 years.

“Deacon Marc Kellams was a good man,” said Wagner, “ordained deacon for the archdiocese in 2008. May he rest in peace. Prayers go out to his family, friends and the parishioners of St. Charles Borromeo in Bloomington.

“Dcn. Kellams was serving in the other parish in town when I arrived,” Hyde said. “He welcomed me graciously and became a friend. He was a true deacon, a man of service and a man of and for the Church and the needy.

The ISP said a preliminary investigation at the scene of the fatal crash showed traffic had stopped in the southbound lanes on I-465, just south of I-70 near the 43 mile marker, for unknown reasons. Kellams’ car had come to a stop when a van truck failed to stop for traffic and hit the back of his Acura SUV at highway speeds.

The initial collision caused a chain reaction that affected a total of four vehicles. The driver of the van truck was tested for impaired driving, ISP said, but at this time neither alcohol nor drugs are believed to be a factor in the accident.

Three lanes of southbound I-465 were closed for four hours while the accident was investigated and vehicles were removed. The investigation is ongoing, ISP said.

Peter Dykstra: the birth of greenwashing

“A family reunion for the city:” The Grape Festival returns to Tontitown