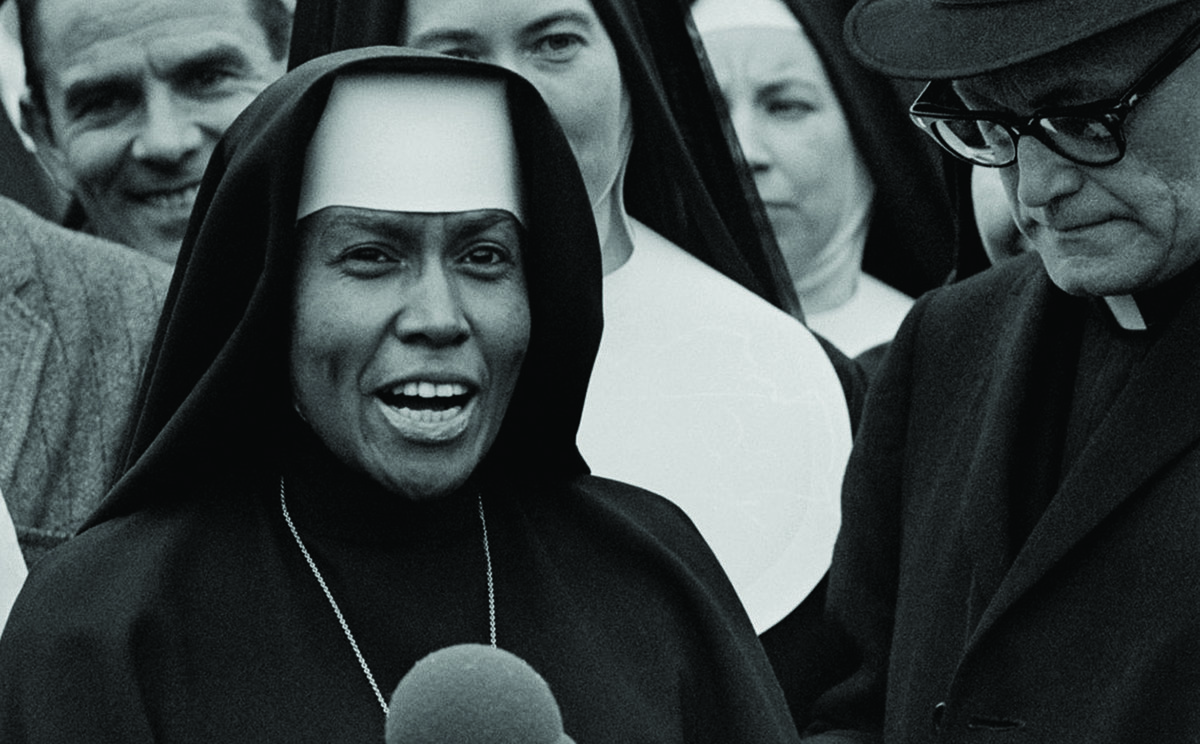 As a public historian of black women, I have always enjoyed the fact that Black History Month and Women’s History Month follow each other in the United States.

Having 59 (or in leap years, 60) consecutive days to amplify the stories of those who have made monumental contributions to society, but who remain hidden figures for the general public has always been an exciting time.

This is especially true when I manage to spread new knowledge about the country’s Black Catholic nuns and their many unsung efforts in the long fight to desegregate American institutions.

Members of black orders and black Catholic women and girls who desegregated white fraternities also became many of the first black teachers, principals, professors, nurses and hospital chiefs in a host of previously all-white Catholic institutions across the country in the decades before and after the Brown v. Board of Education, which set the legal precedent to dismantle desegregation in institutions and public spaces.

In 1956, Frances Millicent Douglass, the first black daughter of the Heart of Mary, broke through one of the country’s toughest racial and gender barriers, when she became the first African-American woman to chair a department in a historically white institution of higher learning.

In September, Sister Douglass became the first African-American department head at DePaul University in Chicago, where she was one of 19 female faculty members and likely the only black faculty member at the institution.

Although eminent historian John Hope Franklin is widely cited as the first African American to chair a department at a historically white institution of higher education, Sister Douglass began her tenure as head of DePaul’s psychology department that same month. and the same year that Franklin assumed head of the history department at Brooklyn College.

Affectionately known as “Frankie,” Sister Douglass, former social worker for Catholic Charities in Brooklyn, New York, and former teacher at Xavier University and St. Joseph’s College for Women (now Mount St. Joseph University ) in Cincinnati, was recognized as a distinguished leader in her field and was described by those who knew her best as “quiet, understated, and brilliant.”

At the end of her tenure as head of DePaul’s psychology department, Sister Douglass again made history by becoming the first woman of color to chair a department at Marquette University, where she chaired the psychology department. of the Jesuit institution from 1962 to 1965 and from 1970 to 1971.

Sister Douglass remained a full-time faculty member at Marquette until her retirement in 1978 and worked as a part-time teacher at the facility from 1978 to 1982.

Because members of her order wore no vestments, Sister Douglass’ status as a nun was unknown to most, if not all, of her colleagues over the years.

Although Sister Douglass had a groundbreaking career in higher education, it was only the continuation of a series of groundbreaking firsts achieved in her lifetime.

Born January 18, 1913, in Brooklyn, New York, to a schoolteacher mother and a sales manager father, Sister Douglass was raised Episcopalian, but became a Catholic in 1941.

When Sister Douglass died in Holyoke, Massachusetts, on January 2, 1990, at the age of 76, little attention was paid to the loss of a great American desegregation pioneer. This has been true for so many of his black counterparts in religious life.

The black sisters’ desegregation triumphs not only remind us that seemingly insurmountable barriers and obstacles can be overcome, but also provide the intellectual armor and spiritual nourishment needed to resist the concerted efforts of those who proclaim that marginalized peoples are not have no history worth remembering and therefore no rights. deserves to be respected or preserved.

In the face of current campaigns to criminalize the disclosure of historical truth in schools and public places, identifying and defending hidden figures in history has taken on a new level of importance and urgency.

As such, I hope the Church and the nation at large will join me in proudly pronouncing the name and telling the story of Sister Frances Millicent Douglass in honor of Black History Month and of women 2022.

The groundbreaking life and career of Sister Douglass deserves to be widely known and defended as we do our most famous freedom fighters.