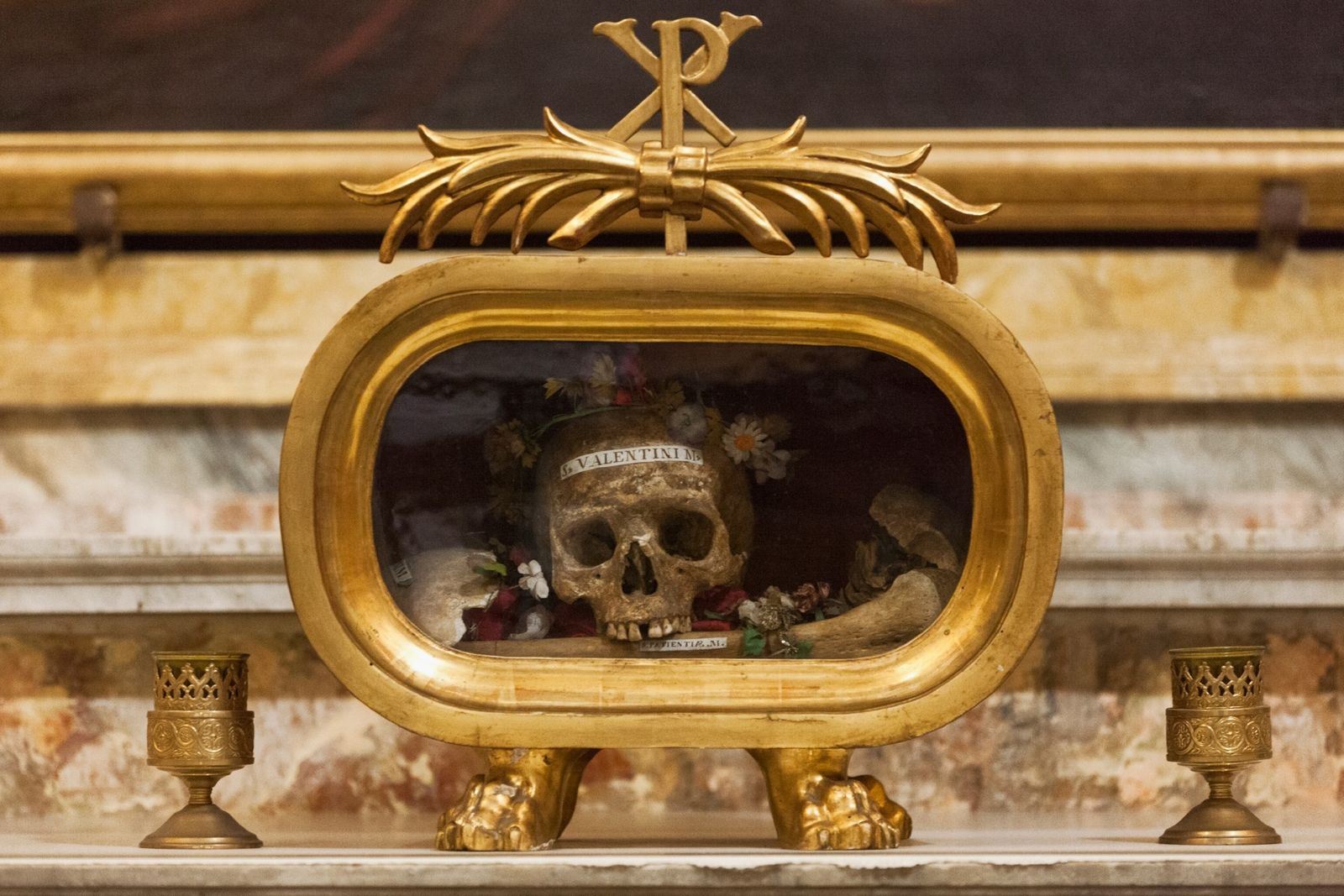 Behind the Mystery of Valentine’s Bones

Given all this uncertainty, it’s understandable that many European sites claim ownership of Valentine’s remains. Churches benefit greatly from any concrete connection to a saint, says Bitel. “The more the saint is known, the more pilgrims come to venerate him,” she says. “It was easy to rewrite the hagiography to include the presence of the saint in a particular place.”

Although it appears that they cannot all possess Valentine’s remains, there is no known competition or animosity between these churches, Bitel adds. And the Roman Catholic Church is silent on the matter.

“The Vatican does not take a position on the bodies,” she said. “Church leadership pretty much let the acquisition and use of relics continue without much regulation. theologians and others criticized the trade in relics from the start, beginning with [Saint] Augustin, if not before. People knew that relic dealers were selling counterfeits. But people were also prepared to believe that saints could provide relics in miraculous proportions, so many churches could claim to have the body of a particular saint.

The Strange Case of Valentine’s Remains

These days, however, leftover Valentines have much less magnetism. In Rome, crowds of foreigners line up every day in the 6th century Basilica of Santa Maria in Cosmedin. There, inside a golden box, is a skull adorned with a crown of flowers. Yet these hordes of tourists have no interest or knowledge of this Valentine’s Day relic and instead come here to poke their fingers inside an ancient, albeit renowned, sewer cover called the mouth of truth.

10 money mistakes and how to fix them