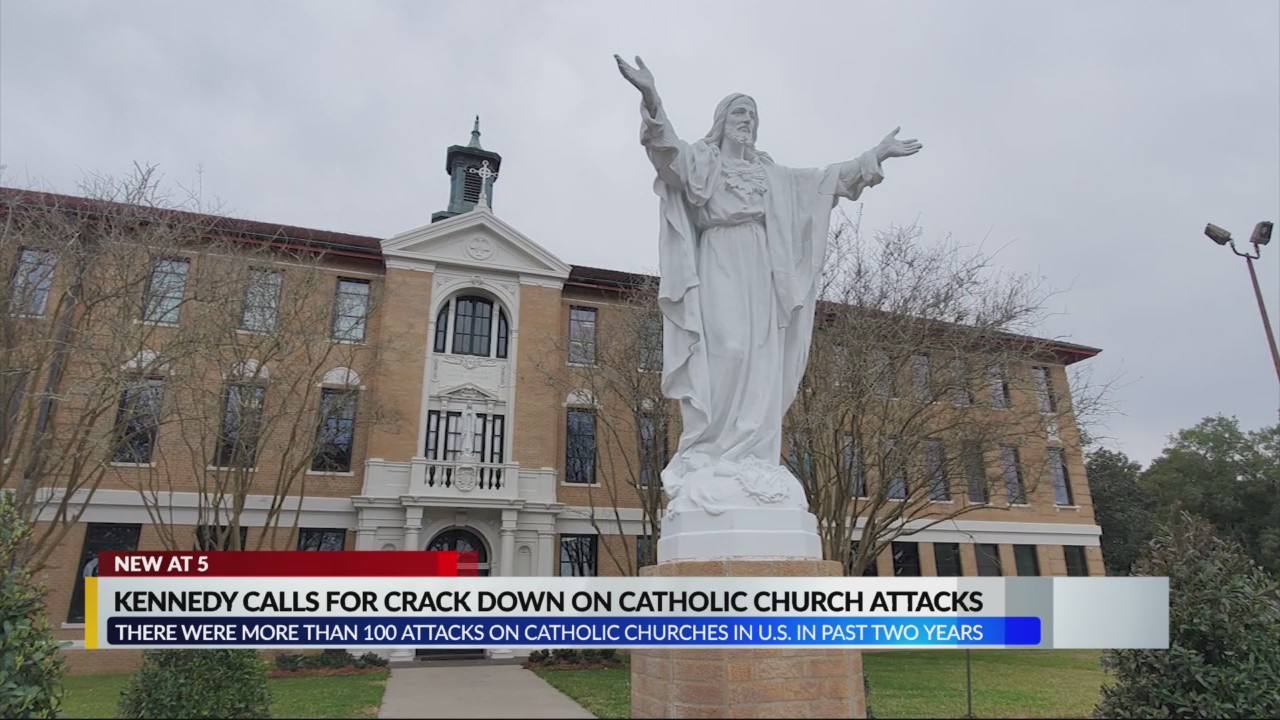 Attacks on the Catholic Church must stop

LAFAYETTE, La. (KLFY) – Louisiana Senator John Kennedy calls on the US Department of Justice to crack down on those who attack the Catholic Church.

Kennedy, a Republican, is urging US Attorney General Merrick Garland to hold those who assault the church strictly accountable.

According to the United States Conference of Catholic Bishops, there have been more than 100 attacks on Catholic churches in the past two years.

“President Biden’s Justice Department must punish these crimes or the anti-Catholic and anti-Christian violence will continue,” Kennedy said. “What you allow is what will continue. It has to stop now. There is no place in America for religious bigotry.

In September 2020, the Immaculate Heart of Mary Catholic Church in Rapides Parish was vandalized. The heads of the Virgin Mary and Jesus have been broken on a statue. A stained glass window and several other windows were smashed. Chandler Johnson, 23, of Pineville, was arrested and charged with trespassing and vandalism.

“Certainly some people are opposed to all religion in the public square and may seek to express that in these desecrations that have occurred,” said Bishop Douglas Deshotel of the Diocese of Lafayette.

Deshotel says he prays for those who commit these crimes because there is a deeper purpose for a positive outcome.

What happened to loans between individuals?