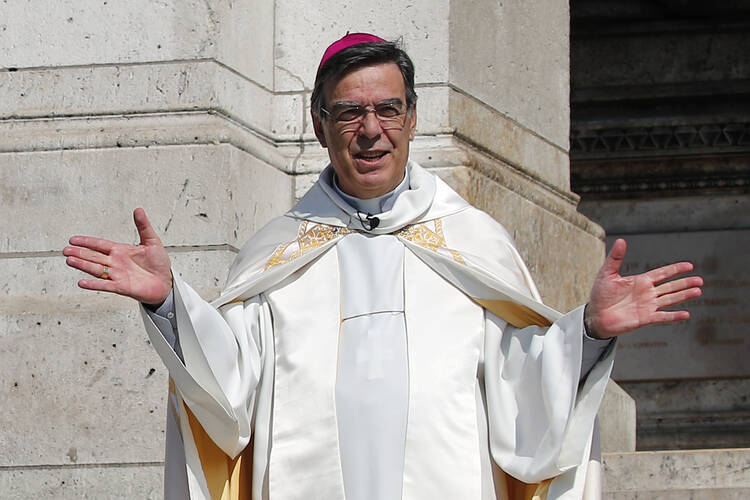 PARIS (AP) – The Archbishop of Paris has offered to step down after admitting to having an “ambiguous” relationship with a woman in 2012, the archdiocese said.

Archbishop Michel Aupetit, who has headed the church in Paris since 2018, sent a letter to Pope Francis offering his resignation following an article in Le Point magazine. There was no indication if or when Francis could act on it; he refused to accept similar offers from other prelates caught up in the scandal.

In an article published this week, Le Point said that Aupetit had a consensual and intimate relationship with a woman. The report relied on several anonymous sources who said they saw a 2012 email from Aupetit mistakenly sent to his secretary.

Bishop Michel Aupetit: â€œI recognize, as I have already said, that I mismanaged the situation with a person who has been in contact with me several times.

Aupetit denied being the author of the email and told Point that he had not had intimate and sexual relations with the woman.

Roman Catholic prelates take a vow of chastity. At the time of the alleged relationship, Aupetit was a priest of the Archdiocese of Paris; he was appointed Auxiliary Bishop of Paris in 2013 and was installed as Archbishop of Paris in January 2018.

In an interview with Notre Dame Catholic radio on Friday, Aupetit denounced the “virulent” article in Le Point.

“Those who knew me at the time and shared my daily life would certainly say that I was not leading a double life, as the article suggests,” he said. “I admit, as I said before, that I mismanaged the situation with a person who has been in contact with me several times.”

In comments to La Croix newspaper published on Friday, Aupetit said he did not use the word “resignation” in his letter to Francois.

Calling this an “error”, he said he decided not to see the woman any more after meeting with Cardinal AndrÃ© Vingt-Trois, then Archbishop of Paris, in early 2012.

In comments to La Croix newspaper published on Friday, Aupetit said he did not use the word “resignation” in his letter to Francois, which he said would mean he “gave up” his post. He said he instead put the decision in the hands of the Pope.

He is the last Catholic bishop to do so. The former Archbishop of Lyon, Cardinal Philippe Barbarin, offered to resign in 2019 after a French court found him guilty of failing to denounce a pedophile priest. Francois refused to accept the resignation pending the outcome of Barbarin’s appeal, although he accepted it the following year, when Barbarin was acquitted.

More recently, German Cardinal Reinhard Marx, Archbishop of Munich and Freising, proposed to step down due to the Catholic Church‘s â€œcatastrophicâ€ mismanagement of cases of clergy sexual abuse.

Francis refused to accept it and Marx remains in power.

Only the Pope can hire or fire bishops, or accept their resignation. At 70, Aupetit is five years younger than the normal retirement age for bishops.

Catholic misses to score in semi-final loss to Eagles | Sports