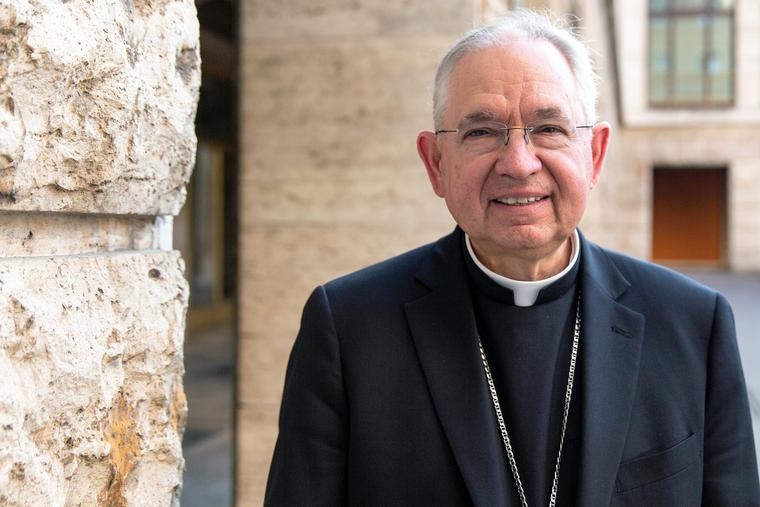 “I believe that the best way for the Church to understand the new movements of social justice,” said the president of the USCCB, “is to understand them as pseudo-religions, even replacements and rivals of Christian beliefs. traditional “.

In his address last week to the Fall Bishops’ Assembly, Archbishop JosÃ© Gomez of Los Angeles, president of the United States Conference of Catholic Bishops (USCCB), repeated the themes of a virtual address which he spoke earlier this month on the â€œneed to boldly proclaim Jesus Christâ€ in the face of â€œsocial justice movementsâ€ in American society that have become â€œpseudo-religionsâ€.

Several other American bishops spoke with the Register of Archbishop Gomez’s comments on the rise of aggressive secular ideologies and how the Church can respond to them with Christ’s message.

During his speech on November 4 at the Congress of Catholics and Public Life in Madrid, Bishop Gomez declared that â€œthe best way for the Church to understand the new social justice movements is to understand them as pseudo-religions, even substitutes and rivals for traditional Christian beliefs. He said that â€œtoday’s critical theories and ideologiesâ€ deny â€œthe soul, the spiritual and transcendent dimension of human nature; or they think it has nothing to do with human happiness. They reduce what it means to be human to essentially physical qualities – the color of our skin, our sex, our notions of gender, our ethnicity or our position in society. “

â€œBy denying God,â€ he said, â€œthese new movements have lost the truth about the human person. This explains their extremism and their harsh, uncompromising and ruthless approach to politics. He said the Church “should not be intimidated by these new religions of social justice and political identity” because “the gospel remains the most powerful force for social change the world has ever known. And the Church has been â€œanti-racistâ€ from the start. All are included in his message of salvation.

Addressing the themes of this conference when addressed his fellow bishops On November 16, at the start of the USCCB’s fall assembly, Bishop Gomez declared that â€œthe position of the Church in society has changed. We cannot rely on the numbers or our influence in society. None of this really mattered anyway. We are here to save souls. And Jesus promised us that if we first seek his Kingdom, all we need will be given to us.

He warned of a turning point in history, saying that “for most of our history, the story that gave meaning to our lives was rooted in a biblical worldview and the values â€‹â€‹of our Judeo heritage. -Christian. It was the story of the human person created in the image of God and invested with an earthly vocation to build a society where people could live in freedom, in equality and in dignity.

â€œWhat we are seeing all around us now are signs that this narrative could fall apart,â€ he said. â€œThis is one of the consequences of living in a secular society. We all need God to help us make sense of our lives, so when we try to live without God we can get confused. He said what people need is “to hear the real story – the beautiful story of Christ’s love for us, his death and resurrection for us, and the hope he brings. In our lifes”.

The need for hope

Addressing the register on November 17, Bishop Thomas Daly of Spokane said Archbishop Gomez’s message in both interviews resonated because “it was clear” and “he touched on these many things that have become , as he put it, pseudo-religions “referring to the way” to nullify culture in a sense has its own form of excommunication, without redemption, without mercy. He praised the way Archbishop Gomez made it clear that there was hope in a â€œrenewal with Christâ€.

â€œHope is a reality based on faith,â€ said Bishop Daly. â€œThe reality is it’s a divided time and I think it’s because people have lost their sense of God, but for those who are trying to follow God, follow the will of God, calling out these issues. The reality is the words of Christ: “I am with you until the end of time” which gives us hope. We are not alone in this matter.

â€œArchbishop Gomez, when he denounced these problems, said: ‘we have Christ. Share Christ, live Christ, â€he said. “It was extremely clear, very necessary and I hope it becomes a way for us in the United States and maybe for us to guide the world not to give up because a lot of people give up, I think a lot of people don’t ‘I don’t know who to turn to. They look to the Church, as they should, but the Church must be bold in its proclamation like Archbishop Gomez did.

Bishop Thomas Paprocki of Springfield called Archbishop Gomez’s message “essential,” noting that he received a standing ovation at the conference in a “very strong show of support” for his insistence on “l importance of just preaching Jesus Christ â€in the face ofâ€œ falsehoods â€ideologies are becoming religions for many people.

Archbishop Joseph Naumann, outgoing chair of the USCCB’s committee on pro-life issues, told the registry that Archbishop Gomez was “explaining what the present moment is and what the opposition is” with his virtual speech. In his address to the bishops, â€œhe was really focused on the fact that we don’t have to make up a new story. We have this story. We have what people are looking for. We just need to share this gospel and witness it.

Respond to “the Church of secularism”

Archbishop Salvatore Cordileone of San Francisco said Archbishop Gomez’s message was “brilliant” and dovetailed with the words of writer Mary Eberstadt and Robert George, McCormick professor of jurisprudence at Princeton University, who warned against a “church of secularism”. Archbishop Cordileone declared that this secular church â€œhas the marks of a religion. They have infallible dogmas and they allow no dissent from these dogmas. They punish dissidents, they have their saints and their martyrs. They have their rituals, they have their sacraments and truly, for them, abortion is their blessed sacrament. That is why they react violently to any limitation or regulation of it. ”

A possible example of this could be the position of House Speaker Nancy Pelosi, D-Calif., Who when asked about late abortion in 2013 noted, â€œAs a practicing and respectful Catholic, this is sacred ground for me when we speak about it. I don’t think it should have anything to do with politics.

“I was sorry to see some of the poorly thought out criticism of him,” Archbishop Cordileone said of some of the reactions to Archbishop Gomez’s speech. â€œI thought they took his remarks out of context for another purpose. He was very balanced. He was very compassionate, acknowledging the realities we face and also a simplistic reading of history. History is always much more complex than we are led to believe. There are always a lot of lights and shadows. I am very happy that he delivered this speech and I think many of us will think about it for a while.

Archbishop Gomez’s speech on November 4 was criticized by some groups, including a petition of Faith in Public Life and Faithful America, who said that “Catholic bishops and other religious leaders should be on the streets with these organizers of movements, not demeaning them with language that only emboldens opponents of fairness. racial â€. He said the speech was “particularly painful and offensive to black Catholic advocates in the United States who have organized for racial justice in the face of the indifference and even hostility of many white Christians,” and asked Archbishop Gomez of “Please apologize for your statements and stand in solidarity with social movements, as Pope Francis did.