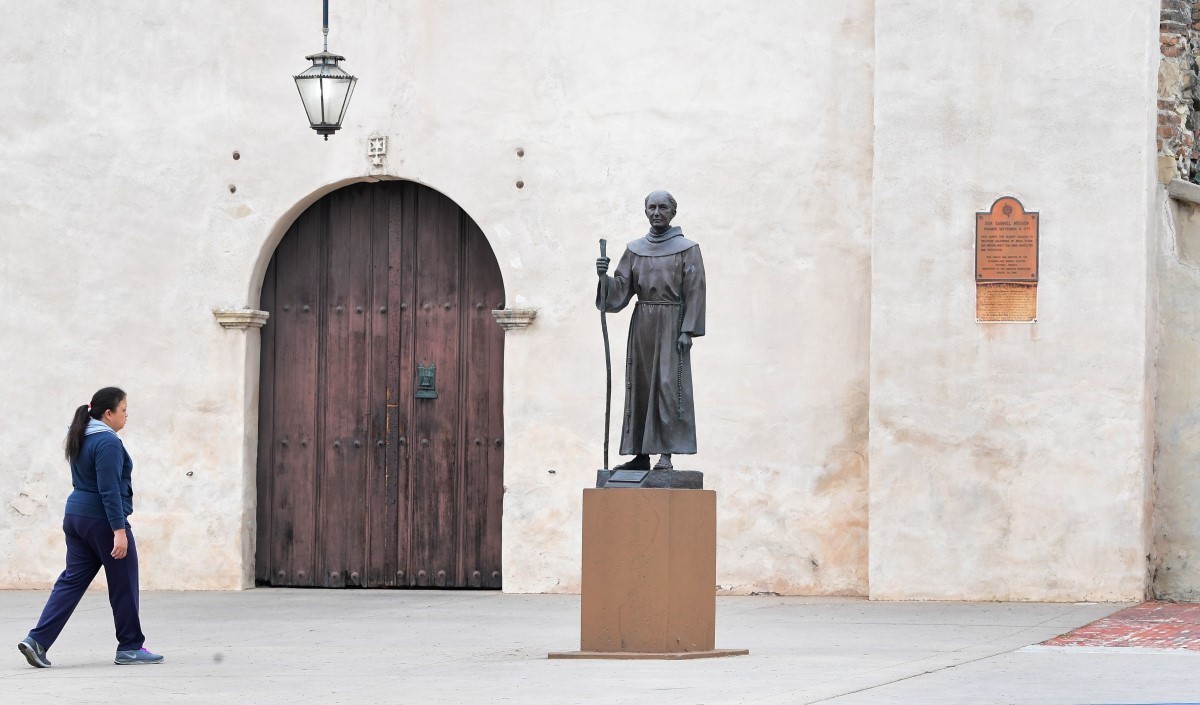 A little-known controversy in California

There was a largely overlooked religious controversy in California recently that is no laughing matter.

We have seen over the past decades the massive attempt to rewrite American history and erase God from it. Entire books have been written on this subject, such as that of Dr James S. Robbins Erase america or Jarrett Stepman’s War against history.

We’ve seen how heroes from America’s past, like George Washington, Thomas Jefferson, and even Abraham Lincoln, have been turned into virtual villains by the forces of political correctness.

And now California’s anti-Christian elites are engaging in a silent war to dishonor the memory of a humble Catholic priest who, for all intents and purposes, founded California.

Beginning with San Diego, these missions extend north to Sonoma, the final mission in the series. Sonoma was the mission just north of San Francisco, named after St. Francis of Assisi.

The best known of these missions is Los Angeles, that is to say “the angels” – technically its full name is “The city of Our Lady the queen of the angels of the PorciÃºncula river”. It should be noted that the second largest city in America is named after the mother (“Our Lady”) of Jesus.

They also include the Mission San Carlos Borromeo de Carmelo – better known as Carmel-by-the-Sea. It is in the church of this particular mission that Father Serra is buried. I visited his grave.

It was in one of these missions that, for the first time, Californian wine was produced. The aim was to celebrate Holy Communion. Even the state capital of California recalls the influence of Father Serra and his company, Sacramento; as in the sacrament of Holy Communion.

But today, the politically correct people who are determined to strip America of all of its divine heritage have directed their sites against Father Junipero Serra, whose statue adorns the Statuary Hall of the United States Capitol. If I remember correctly, this is the only image of someone holding a cross.

Now, San Diego’s Junipero Serra High School looks set to renounce its namesake, but critics say the decision to change its name was taken on the surreptitious side. In fact, the Thomas More Society is pursuing this name change because they claim it was done illegally.

The Society, a legal group that fights for religious freedom, writes: â€œHigh school principal Junipero Serra and the San Diego United School District board of directors violated citizens’ rights when they voted to rename the school without giving their intention to do so.

Why the potential change? Indeed, Father Serra is blamed for the abuses against indigenous peoples that followed in the wake of his missionary work. It reminds me of people blaming the pilgrims who were peace-loving people who had good relations with the Indians, for the abuses later committed by other European settlers.

Paul Jonna is special counsel for the Thomas More Society in this case. He said to me, “It’s not up to you to debate what kind of man he was. This man would wash the feet of the natives, but he is now compared to conquistadors, who harmed the native population.

Jonna says of the headmaster and his henchmen that they “have followed a false and historically inaccurate narrative and displayed unconstitutional animosity towards this Catholic saint.”

The Catholic League’s Dr William Donohue, who calls Serra “the greatest missionary in US history,” wants Governor Newsom to veto a bill that would destroy a statue of Serra in Sacramento. Donohue writes, â€œThe bill is not just based on a bad story, it is a slanderous attack on the one man who truly stood up for Indian rights at the time. “

It seems that the continuing effort of historical revisionism – to tarnish American history and its heroes in the service of political correctness – continues unabated.

Jerry Newcombe, D.Min., Is the executive director of the Providence Forum, an organization of D. James Kennedy Ministries, where Jerry is also a senior producer and on-air host. He has written / co-authored 33 books, including George Washington’s sacred fire (with Providence Forum founder Peter Lillback, Ph.D.) and What if Jesus was never born? (with D. James Kennedy, Ph.D.). www.djkm.org? @newcombejerry www.jerrynewcombe.com