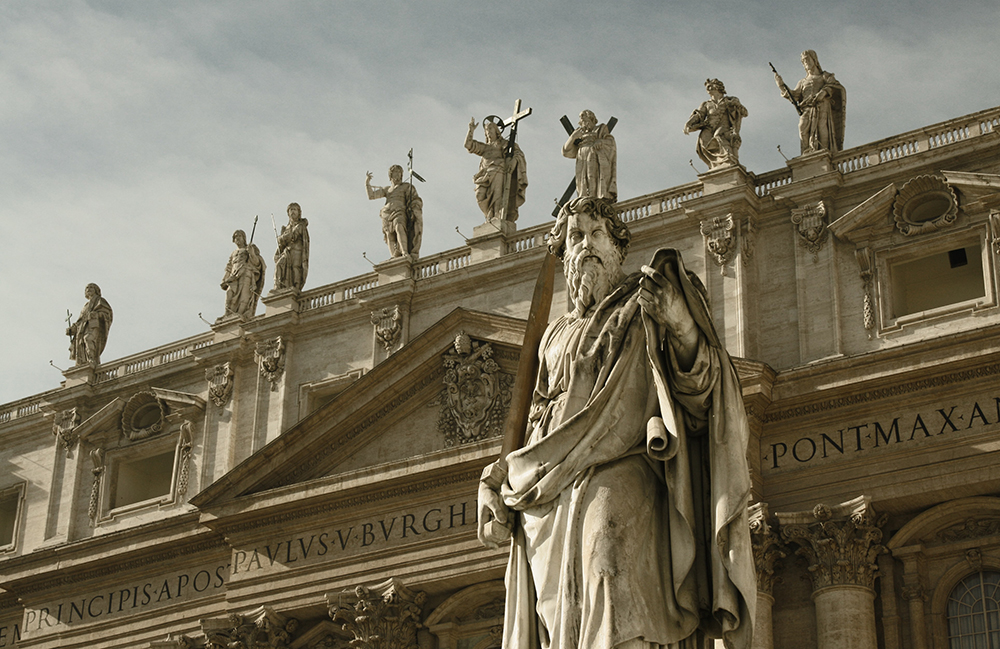 There is something inherently human about withdrawing from our normal routines of life and seeking respite and restoration in the splendor of God’s creation, and for the past 101 years Camp Saint-Malo has been a prime destination for that.

The history of the camp will be honored on September 11 with a special 101st anniversary celebration. The evening will not only recognize the myriad ways the camp has impacted the many, many souls who have found restoration there over the past 101 years, but it will also be an opportunity to envision the future of the camp and what the next 100 years have in store for us. Although the celebration is free, space is limited and those who feel inclined are encouraged to make a suggested donation of $ 50 for the evening. Click here to confirm your attendance!

In anticipation of this momentous occasion, for both Camp St. Malo and the Catholic Church in northern Colorado, Camp CEO and Executive Director Kyle Mills sat down with the Denver Catholic to discuss the camp’s historic past, its rich present and its exciting future.

Denver Catholic: This year, on September 11, you are celebrating the 101st anniversary of the ministry at Camp Saint-Malo. Please tell us a little more about this anniversary. What do you hope to celebrate?

Kyle Mills: The first thing to say is that this is a great birthday party that you are invited to! It is not often in the short history of our country that you have a 101st birthday. We therefore wanted to thank God for the â€œlifeâ€ of Camp Saint-Malo and his ministry over the past century. There is much to be thankful for on this beautiful 150+ acre lot located next to Rocky Mountain National Park in Allenspark, Colorado – many, many people have encountered the Lord in different ways.

The property was first donated to the Archdiocese of Denver by a man named William McPhee in 1920. McPhee was a parishioner of the newly built cathedral in Denver. He donated the land and funds to build the St. Williams Lodge, which was completed exactly 100 years ago, in 1921. That same year, the first official boys’ camp opened for a dollar a week. The kids would come from the front row and enjoy a week of camping on the property. In 1973, a girls’ camp was opened. Thus, for more than 70 years, summer camps have functioned and many conversions and vocations have come from meeting God on this mountain. These decades have been filled with people who have developed wonderful memories, friendships, participated in activities they would not normally have the opportunity to participate in, and achieved great achievements like climbing the surrounding mountains and descending. neighboring glaciers. Above all, they encountered Christ through the daily sacraments and the evening blessing. Even today, it is often the case that we talk to people who went camping here and it is clear that they experienced a great joy that left a palpable mark in their lives.

We also want to celebrate the years the adult retreat center was in operation prior to the 2011 fire. There were thousands of retreat groups that came over during those years, including myself. It was always an experience of beauty and goodness and of meeting God. The anniversary is therefore an opportunity to celebrate the camp, the retreat center, without forgetting the many couples who got married at the Sainte-Catherine chapel, otherwise known as the Chapel on the Rock and the thousands of pilgrims and visitors who come to see and pray in the chapel.

We want people to know that they are invited to this event on September 11th, but they will need to confirm their presence on our website right away!

DC: What do you think is attracting so many visitors, both locally and from across the country and even around the world?

KM: There are several reasons why we attract so many visitors. Sometimes people drive by while on vacation in Estes Park and Rocky Mountain National Park. People are struck by the beauty of the stone chapel with Mount Meeker as a backdrop and they stop to see what this place is all about.

Others come because they have known the property and have visited it for many years and for them it is a place of peace and sacredness and a place of quiet rest and beauty where they can meet the Lord again.

We also see that people come from all over the world, especially Poles, because they knew that Saint John Paul II was there in 1993. We have a good number of Poles who have such devotion to Saint John Paul II in his life in the ministry they want to go to where he was. I think it’s a combination of those things, but in general it’s the beauty, the sense of the sacred, and the historical aspects of what’s happened there over the past 101 years.

DC: Saint John Paul II’s visit to the camp in 1993 was historic. How is his spirit still present at camp today?

KM: Saint John Paul II had a great, great love for youth and, at the same time, a deep love for creation and especially the mountains. He knew first-hand that one could meet Christ in creation. This was a big part of the dynamics of his ministry, even before he became pope, where he, as a young priest and bishop, took many people to the mountains or to the rivers to have fellowship time. and recreation in the beauty of the Lord’s creation. This dynamic still exists at Camp Saint-Malo and people know he prayed and enjoyed the property in August 1993. They want to see the cane he used and pray where he prayed.

The other aspect of the legacy of Saint John Paul II who is still alive at Camp Saint-Malo is his desire to be a good steward of creation. We can do more than just enjoy God’s creation, we must also protect it and above all worship creation as the work of God. His reflections on the creation stories of Genesis 1-2 and his magnificent book on Theology of the Body all speak of the goodness of God’s creation and of man’s role in it.

DC: Much has happened in 101 years on this property and within this department. How would you sum up the last hundred years and what are the common themes?

KM: The common themes are the same no matter how people have enjoyed Camp Saint-Malo for 101 years – whether as a young camper, adult retiree, or occasional visitor. Get away from your normal life routine and come to a wild and beautiful place and have an encounter with God. Because of its location – it’s not in town, it’s not in Denver, it’s not even in Estes Park – it’s apart. And because of the human heart’s natural hunger for the sacred, people have met it – met it – here. Experiencing the beauty and stillness of this place is an important way to realize that God exists and that not only does he exist, but the proof of that existence is written in creation itself. Despite the variety of different types of ministries that have taken place over the past 101 years, I think this would be one of the most important themes. The Psalms summarize this sentiment more succinctly: â€œThe heavens declare the glory of God; And the firmament shows its work â€(Psalm 19).

DC: What do you hope the next 100 years for Camp Saint-Malo will hold in store for you?

KM: We who work in the ministry of Camp Saint-Malo want to be the Church that reaches ad gentes, to nations, and not just Catholics, but to anyone, even to people who are categorically neither Catholics, Atheists, Protestants, nor of a totally different faith. We want people to come and experience the goodness and beauty and hopefully the truth of what the Catholic Church teaches, not proselytically, but simply through a meeting with our staff or a visit to the chapel. or a young couple who decide to get married in the chapel. It is not a Catholic thing, it is a human thing for the soul to seek a transcendent place of peace and beauty. It is part of our humanity to desire a sense of the sacred. It’s already part of the Camp Saint-Malo ministry and has been for 101 years, and I don’t think that will change. We’re looking for new and exciting ways to facilitate this, but ultimately I think the vision for the next 100 years is simply to be a place where the Church goes beyond parish walls and provides a way to share a certain love for the creative world with all of our visitors. This is how I believe Camp Saint-Malo and its ministry will continue into the next century.

To confirm your presence for the celebration of the 101st anniversary of Camp Saint-Malo, click here.