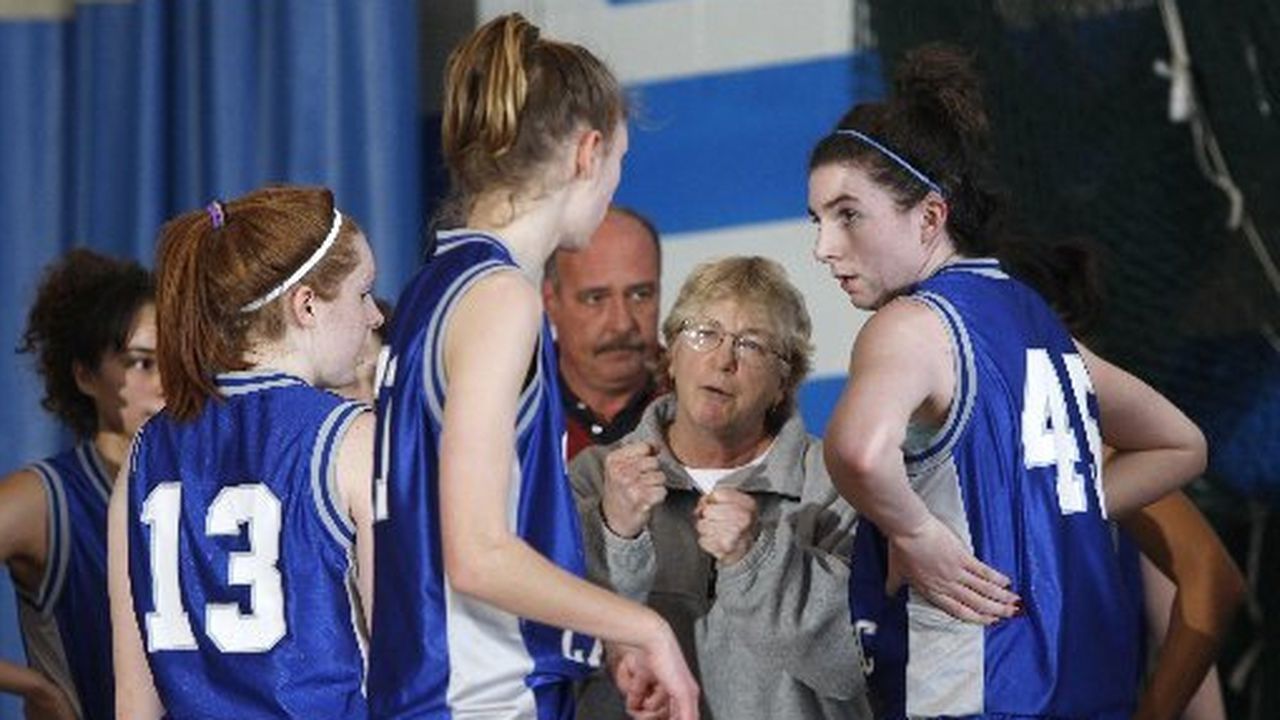 Kathy Matthews can’t remember her first career victory in 1977, but she hasn’t forgotten her first championship at Union Catholic.

In her first season at the helm, she led Union Catholic to a banner season, winning the Union County Tournament, a Divisional Championship and reaching the State Finals, where they lost to St.Rose.

More than four decades later, she is retiring after a brilliant career.

She won 750 games, the third most in New Jersey women’s basketball state history. Only Jeff Jasper at Pascack Valley (1,084 wins) and Sue Liddy at Holy Angels (771 wins) have won more games than Matthews.

The Hall of Fame coach also led the Vikings to the first-ever Tournament of Champions final in 1989, failing to win the championship against Hoffman High School, 45-43 in overtime.

Her longevity is something she’s proud of, but she knew it was time to step away.

“I just think it’s time,” Matthews said. “It’s time to do something else because it’s a huge commitment to run a program, and I’ve been doing it for a long time. I just felt it was time for me.

Matthews, 68, leaves behind a legacy that will be difficult for her successor at Union Catholic to replicate. She said she started thinking about her career when she drove to her vacation home in Florida on Thursday. She stopped at a hotel in South Carolina to rest for the night, but the 12 hours of driving flooded her mind with memories of her coaching career.

She accepted the position of Union Catholic after coaching and playing semi-professional softball. With all the success she had as a coach, Matthews wanted to be a role model for her players, whether things were good or bad on the basketball court.

“Seeing me contribute to who they are today, not just in basketball life but in real life, is probably the biggest compliment I can ever see as a coach,” Matthews said. .

She said there weren’t many female head coaches in 1977. She helped lay the groundwork due to her success, and others in the county followed suit.

“She laid the groundwork for female coaches,” Westfield coach Liz McKeon said. “I remember being in high school and playing against her and being that dominant force at Union Catholic. Coming full circle and training him against her was such an honor. I was then able to form a really good friendship with her once I got established. Kathy was one of the first to reach out and welcome me into the coaching world, especially as another coach and being in the same county.

Matthews earned the respect of his peers, especially in Union County. Opposing coaches who competed against her praised her for what she did for the game locally and statewide.

“Kathy Matthews is on Mount Rushmore of Union County Coaches in probably every sport, and she could be on Mount Rushmore of Women’s Basketball Coaches Statewide in New Jersey,” said the Roselle Catholic coach Joe Skrec, who estimates he has coached against Matthews 20-25 times during his 26 seasons at RC. “I think all female basketball players in Union County and certainly all women’s basketball coaches are indebted to Kathy Matthews for all of her efforts.

“It’s a bit of a sad occasion because we will miss her and she has done so much.”

Matthews was still hitting milestones in his final season.

While in recent years Union Catholic did not maintain Matthews’ high level of early success, they still played in Union County’s toughest division. Skrec and McKeon said games against the Vikings weren’t easy because of Matthews’ knowledge.

Matthews won his 750th career game in a 35-22 win over St. Dominic, a major final milestone for his career.

“I think longevity is really what I’m proud of, and longevity is probably why there was the possibility of getting so many wins,” Matthews said. “I have to thank my coaches, my players, the administration, my sports directors. None of this happens if I don’t have all of this. My name might be the label, but it’s a lot of other people that get you to this point.

Jackie Dyer, Matthews’ assistant coach for the past two years and a member of the 2001 Union Catholic team that won the Union County tournament, said Matthews was a defining figure when she became coach at Cranford.

Dyer turned to Matthews for advice, whether it was coaching or managing a program. Dyer coached at Cranford for 13 years before joining Matthews’ team. She had a front-row seat to Matthews having his mid-career and late-career success.

She summed up the impact her mentor had on women’s basketball in the state.

“His legacy is something that will last forever,” Dyer said. “She really, really set the tone and left a mark in New Jersey State women’s basketball.

The NJ High School Sports newsletter now appears in mailboxes 5 days a week. Sign up now and be among the first to get all the sports for boys and girls you care about, delivered straight to your inbox every weekday. To add your name, Click here.

Thank you for counting on us to deliver journalism you can trust. Please consider supporting NJ.com with a subscription.